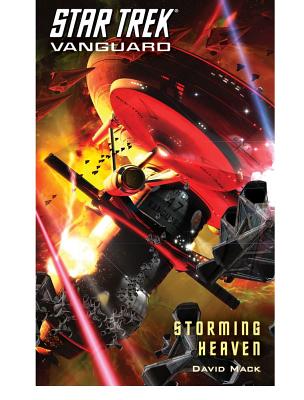 The final novel in the acclaimed Vanguard saga, based on Star Trek: The Original Series!

Secret operations, sealed orders, high-risk military special operations—such dangerous missions have been at the core of the Star Trek Vanguard series since its inception. Four great nations—the Federation, the Klingon Empire, the Tholian Assembly, and the Romulan Star Empire—have all taken tremendous risks in their race to learn and control the technologies of the ancient interstellar hegemons known as the Shedai. Now get ready for the mystery of the Taurus Reach to be revealed….