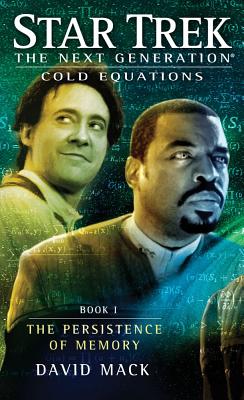 The Persistence of Memory: Book One (Star Trek: The Next Generation)

Book One in the New York Times bestselling trilogy set in the expanded universe of Star Trek: The Next Generation!

A BRAZEN HEIST
Captain Jean-Luc Picard and the Enterprise crew race to find out who has stolen Data’s android brother B-4—and for what sinister purpose.

A BROKEN PROMISE
One desperate father risks all for the son he abandoned forty years ago—but is he ready to pay the price for redemption?

A DARING MISSION
Against overwhelming odds, and with time running out, Commander Worf has only one chance to avert a disaster. But how high a price will he pay for victory?