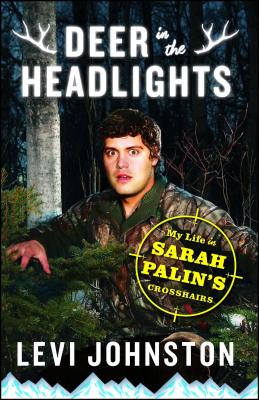 Deer in the Headlights

My Life in Sarah Palin's Crosshairs

Levi Johnston—best known as Bristol Palin’s baby daddy and Sarah Palin’s favorite whipping boy—sets out to clear his name and, with any luck, end his run as Alaska’s most hated man.

Promising hockey player and Governor Sarah Palin’s almost son-in-law, Levi Johnston was eighteen when Palin became the vice presidential nominee. His unique place as Bristol’s live-in boyfriend provided him a true insider’s view of what was going on behind closed doors at the Palin household. And how Sarah’s public views were often at odds with her home values. It makes it all the more curious that Sarah eventually turned her anger directly on Levi, after losing her ticket to the White House.

After being bullied, lied about, and outspent in the courts when he attempted to bond with his new son, Tripp, Levi Johnston now is ready to set the record straight.

Deer in the Headlights is a poignant, at times very funny, and fascinating tale of a boy thrust into the media spotlight and now figuring out how to be an adult and a dad. Johnston, ever honest, had a unique window into Palintology at a critical time; he sat in the family’s living room and paid attention. Not bitter and never petty, Johnston shares his story.

As Lawrence O’Donnell of MSNBC so aptly put it: “I love that kid. He’s honest, he’s straightforward, he’s not embarrassed.”

Levi Johnston was born in a tiny Alaskan town perched on the edge of untamed wilderness. Johnston, twenty-one, has been an outdoorsman since he was big enough to hold a fishing rod and aim a rifle. He has worked as an electrician’s apprentice and roustabout in Port Valdez and on Alaska’s North Slope. After his appearance as an honorary Palin family member at the 2008 Republican National Convention, Johnston modeled for Playgirl and was profiled in GQ, Vanity Fair, and New York Magazine and a guest on Today, The Last Word with Lawrence O'Donnell, and Larry King Live. He is the father of a young son, Tripp, and lives in his hometown of Wasilla.
Loading...
or support indie stores by buying on