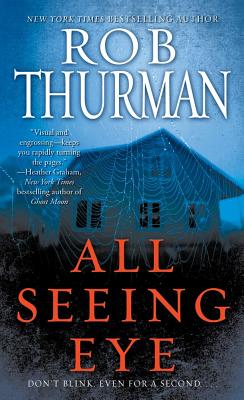 Picking up a small, pink shoe from the grass forever changed young Jackson Lee’s life. Not only did its presence mean that his sister Tessa was dead—murdered and stuffed in the deep, black water of a narrow well—but the shoe itself told him so. Tessa’s death triggers an even more horrific family massacre that, combined with this new talent he neither wants nor can handle, throws Jack’s life into a tailspin. The years quickly take him from state homes to the streets to grifting in a seedy carnival, until he finally becomes the cynical All Seeing Eye, psychic-for-hire. At last, Jackson has left his troubled past behind and found a semblance of peace.

That is, until the government blackmails him. After Jackson is forced to help the military contain the aftermath of a bizarre experiment gone violently wrong, everything he knows about himself will change just as suddenly as it did with his little sister’s shoe.

And while change is constant . . . it’s never for the better.

Rob Thurman is the author of the Cal Leandros series, the Trickster series, and the Korsak Brothers novels, and has been a Goodreads Choice, Romantic Times Reviewers’ Choice, and an Eliot Rosewater Award nominee. Rob’s work is dark, nonstop action from beginning to end, rife with purely evil sarcasm as sharp as a switchblade—and probably nearly as illegal. Contact the author at RobThurman.net and @Rob_Thurman.
or
Not Currently Available for Direct Purchase
Copyright © 2020 American Booksellers Association