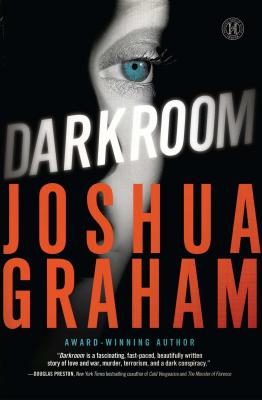 A thrilling suspense novel about a man’s dark past, his daughter’s mysterious visions, and a psychopath who wants to kill them both.

YOU SHALL KNOW THE TRUTH, AND THE TRUTH SHALL SET YOU FREE . . .

After scattering her mother’s ashes in Vietnam, photojournalist Xandra Carrick comes home to New York to rebuild her life and career. When she experiences, in her darkroom, supernatural visions that reveal atrocities perpetrated by American soldiers during the Vietnam War, she finds herself entangled in a forty-year-old conspiracy that could bring the nation into political turmoil.

Launching headlong into a quest to learn the truth from her father, Peter Carrick, a Pulitzer Prize laureate who served as an embedded photographer during the war, she confronts him about a dark secret he has kept—a secret that has devastated their family.

Her investigations lead her to her departed mother’s journal, which tells of love, spiritual awakening, and surviving the fall of Saigon.

Pursued across the continent, Xandra comes face-to-face with powerful forces that will stop at nothing to prevent her from revealing the truth. But not before government agencies arrest her for murder, domestic terrorism, and an assassination attempt on the newly elected president of the United States.

Darkroom is a riveting tale of suspense that tears the cover off the human struggle for truth in a world imprisoned by lies.

Joshua Graham earned his doctorate from Johns Hopkins University, and a master's degree from Juilliard. He has performed as a soloist and principal cellist domestically and internationally. Today he lives with his wife and children in San Diego. Graham has served on the faculties of Columbia Union College, Western Maryland College, Shepherd College, and Brooklyn College.

"Crossing time and continents, this thrillers puts one of the most divisive eras in recent American history—the Vietnam War—into the public eye via a 40-year-old conspiracy that can no longer remain buried. Xandra must discern between truth and lies, love and hate, protection and danger in this taut tale sure to engage readers and challenge their understanding of God's truth and love." —Christian Retailing (top pick)
— Christian Retailing (top pick)

“Mixing the end of the Vietnam War with a young woman’s paranormal visions of a murder in today’s New York, Graham has created a modern political thriller wrapped in a historical puzzle inside a tale of redemption. The short chapters, told from the point of view of the various characters, give it a cinematic feel and a breakneck pace.” —Author Magazine
— Author Magazine

“Bravo! Graham takes characters and puts them inside each other’s lives in such a way that it’s impossible to put his book down until the last word is read. . . . [His] power with words is absolutely incredible and paints one of the most powerful pictures I’ve ever seen, anywhere.” —Suspense Magazine
— Suspense Magazine

“A vivid retelling of historic events [that] bring the Vietnam War to life in alarming detail. If you like thrillers . . . then grab this book when it’s released. You’ll enjoy every minute of it.” —Rhodes Review
— Rhodes Review

"Graham takes us on a ride full of twists and turns in this emotionally charged quest to find the truth. . . . I actually found myself holding my breath at times and sympathizing with the characters, feeling outrage when they were wronged, hating the villains or even forgiving them. When it was all said and done, I didn’t feel like I had finished a book; I felt like I had been on a journey." —The Top Shelf Book Reviews
— The Top Shelf Book Reviews

“The intensity and heart pounding thrills you'll feel as you read each page [of Darkroom] will leave you breathless. Blending history with current events, Mr. Graham is a talented author who can wrap the reader in a cocoon of emotions, from bitterness to redemption, and leave the reader feeling as if they were in the story, as if they were the ones plotted against. A fantastic job!” —Partners in Crime Book Reviews
— Partners in Crime Book Reviews
or support indie stores by buying on
Copyright © 2020 American Booksellers Association