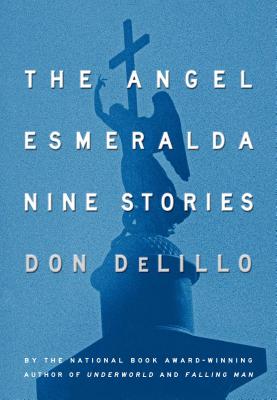 “This is the book DeLillo fans have been waiting for -- his first collection of short stories written between 1979 and 2011. In these stories, DeLillo takes global themes and ideas, the conflicts we often don't want to acknowledge, and makes them human. The subjects are true and resonant: a jogger who witnesses a kidnapping, an elderly nun working in poverty-stricken New York, an astronaut looking down on a war-ravaged Earth. Each story is textured in DeLillo's precise, startling voice, one that can shout and whisper at the same time.”
— Michael Karpus, Books & Books at Bal Harbour Shops, Bal Harbour, FL
View the List

From one of the greatest writers of our time, a collection of short stories, written between 1979 and 2011; chronicling—and foretelling—three decades of American culture.

From one of the greatest writers of our time, his first collection of short stories, written between 1979 and 2011, chronicling—and foretelling—three decades of American life

Set in Greece, the Caribbean, Manhattan, a white-collar prison and outer space, these nine stories are a mesmerizing introduction to Don DeLillo’s iconic voice, from the rich, startling, jazz-infused rhythms of his early work to the spare, distilled, monastic language of the later stories.

In “Creation,” a couple at the end of a cruise somewhere in the West Indies can’t get off the island—flights canceled, unconfirmed reservations, a dysfunctional economy. In “Human Moments in World War III,” two men orbiting the earth, charged with gathering intelligence and reporting to Colorado Command, hear the voices of American radio, from a half century earlier. In the title story, Sisters Edgar and Grace, nuns working the violent streets of the South Bronx, confirm the neighborhood’s miracle, the apparition of a dead child, Esmeralda.

Nuns, astronauts, athletes, terrorists and travelers, the characters in The Angel Esmeralda propel themselves into the world and define it. DeLillo’s sentences are instantly recognizable, as original as the splatter of Jackson Pollock or the luminous rectangles of Mark Rothko. These nine stories describe an extraordinary journey of one great writer whose prescience about world events and ear for American language changed the literary landscape.