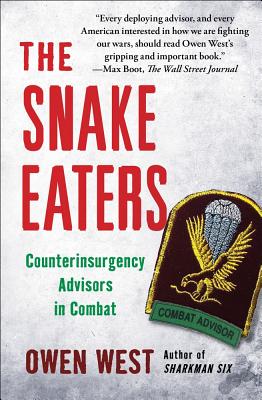 “Every deploying adviser, and every American interested in how we are fighting our wars, should read Owen West’s gripping and important book” (Max Boot, The Wall Street Journal).

FROM 2005 THROUGH 2007, the battle for the poisonous city of Khalidiya became so intensely personal that an Iraqi battalion, its American military advisors, and the insurgents they hunted knew one another by name. A third-generation U.S. Marine, Owen West was one of those combat advisors. This is his gripping account of how a team of underprepared reservists built an Iraqi battalion from the ground up and with them plunged side by side into a mystifying insurgency. Revealing war as a series of human acts, West makes the young American and Iraqi soldiers on patrol and the local townspeople come alive. From the bighearted American medic stalked by a sniper, a tough Iraqi major who is respected by the Americans because he likes them the least, and an enemy who blended into a population that dared not speak the truth, the characters in The Snake Eaters are as complex as the war that changes them.

Owen West is a former Marine major who served two combat tours in Iraq. He is the author of two novels, including Sharkman Six, which won the Boyd literary award for best military novel, and his work has appeared in Men’s Journal, Playboy, The New York Times, The Wall Street Journal, and numerous other publications.
Loading...
or
Not Currently Available for Direct Purchase