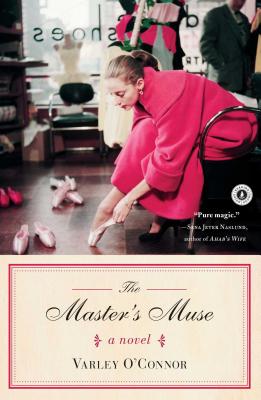 An exquisite, unforgettable novel about the true love affair between two artistic legends: George Balanchine, the choreographer widely considered the Shakespeare of dance, and his wife and muse, Tanaquil Le Clercq.

Copenhagen, 1956: Tanaquil Le Clercq, known as Tanny, is a gorgeous, talented, and spirited young ballerina whose dreams are coming true. She is married to the love of her life, George Balanchine—the famous mercurial director of New York City Ballet—and she has become a star around the world. But one fateful evening, only hours after performing, Tanny falls suddenly and gravely ill; she awakens from a feverous sleep to find that she can no longer move her legs.

Tanny is diagnosed with polio and Balanchine devotes himself to caring for his wife. But after Tanny discovers she will never walk again, their relationship is challenged as Balanchine returns to the company, choreographing ballets inspired by the ever-younger, more beautiful and talented dancers. Their marriage is put to the ultimate test as Tanny battles to redefine her dreams.

“A thoroughly researched and lively tribute toboth the couple (Le Clercq became Balanchine’s fourth wife when she was 23 andhe was 48) and the essence of a private, dauntless woman struck down by polioat the height of her career.”
— Vogue.com

“A highlyreadable, absorbing account of the interdependence between Tanaquil Le Clercqand George Balanchine. A must read for dance fans.”
— Washington Independent Review of Books

“The Master’sMuse is most interestingwhen O’Connor does try to get inside Le Clercq’s head. O’Connor’s writing is atits best here, too, and it’s very readable throughout.”
— Capital New York

“Thewriting is as beautiful as Tanny herself. “
— Spencer Daily Reporter

"Choreographer George Balanchine’s fifth wife, ballerina Tanaquil Le Clercq, never wrote about her relationship with her husband, but if she had we can only hope it would be as graceful and penetrating as what O’Connor portrays in [The Master's Muse]. This passionate novel not only gives a glimpse into the ballet world of the ’50s, ’60s, and ’70s, its eccentric characters bring the story to life."
--Publishers Weekly

"A fictional portrait of ballerina Tanaquil Le Clercq’s struggle with polio—and George Balanchine. This is not a novel about victimization or the malevolence of genius, but rather about the painful accommodations all of us make for the things and people we love. Thoughtful, tender and quite gripping, even for readers unfamiliar with the historical events the author sensitively reimagines."
— Kirkus Reviews

"What a rare pleasure to be introduced to Tanaquil Le Clercq through The Master’s Muse. I was enchanted from the first page by Varley O’Connor’s graceful portrait of this remarkable woman. How privileged we readers are to have the life in all of its strength and intelligence and elegance. Le Clercq is rendered without fuss or ornament, in a manner wholly at one with the beauty she and Balanchine strove for in their art."

"A brilliant novel in memoir form, The Master's Muse is pure magic. As I read and was thoroughly absorbed by the writing, the remarkable characters, and the story, I simply could not believe this was a work of fiction, not an authentic memoir, expertly written. The Master’s Muse is a superb performance by Varley O'Connor. From one writer to another, my hat's off."

"An utterly gorgeous rendering of the life of ballerina Tanaquil Le Clercq, whose career was destroyed overnight by polio in 1956. O'Connor vividly recreates the personalities and intrigues of the dance world of the fifties and sixties, but her greatest triumph is in her fascinating portrait of the steely Le Clercq and the enigmatic Balanchine, who first made her his perfect ballerina, then married her, and ultimately betrayed her."
— Adrienne Sharp, author of The True Memoirs of Little K, The Sleeping Beauty, and White Swan, Black Swan

“A masterful portrait of the woman who served as muse not only to Balanchine but to some of the pivotal personalities in the development of modern art. The Master's Muse reads like a troubled love letter to art, dance, and creation—and the complexity and betrayal of a life spent in their service.”
— Slate.com

Varley O’Connor’s dynamic and remarkable portrait of Tanaquil “Tanny” Le Clercq investigates the cost of being a muse. O’Connor seems to channel Tanny, writing into her life rather than over it. [Her] graceful and dense prose, which often mirrors the intricacies of dance itself, traps a reader in Tanny’s mind as she herself was trapped when her body failed her. O’Connor has opened a portal into the elusive world of dance and the mind of an artist.
— Raintaxi.com

Varley O’Connor is the author of three novels. She teaches fiction and creative nonfiction writing at Kent State University and for the Northeast Ohio Universities Consortium MFA program.
Loading...
or support indie stores by buying on