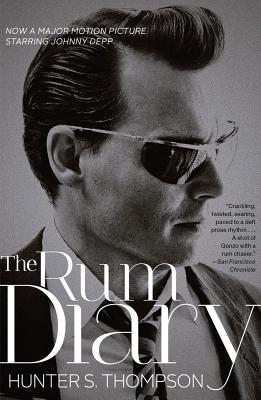 Begun in 1959 by a twenty-two-year-old Hunter S. Thompson, The Rum Diary is a brilliantly tangled love story of jealousy, treachery, and violent alcoholic lust in the Caribbean boomtown that was San Juan, Puerto Rico, in the late 1950s. The narrator, freelance journalist Paul Kemp, irresistibly drawn to a sexy, mysterious woman, is soon thrust into a world where corruption and get-rich-quick schemes rule and anything (including murder) is permissible. Exuberant and mad, youthful and energetic, this dazzling comedic romp provides a fictional excursion as riveting and outrageous as Thompson’s Fear and Loathing books.

Hunter S. Thompson was born and raised in Louisville, Kentucky. His books include Hell's Angels, Fear and Loathing at Rolling Stone, Fear and Loathing on the Campaign Trail '72, The Rum Diary, and Better than Sex. He died in February 2005.
Loading...
or
Not Currently Available for Direct Purchase