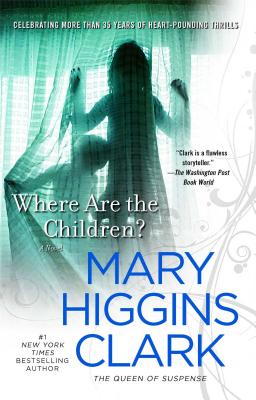 Where Are the Children? (Paperback)

New York Times bestselling author Mary Higgins Clark, America's Queen of Suspense, launched her career with the publication of Where Are the Children?, her debut suspense thriller about a woman whose past holds a terrible secret.

Nancy Harmon had been found guilty in a California court of murdering her two young children, but she was released from prison on a legal technicality. Deciding to make a fresh start, to change her identity, she left San Francisco and sought tranquillity on Cape Cod.

Seven years later, Nancy is remarried and has two small children: five-year-old Michael and three-year-old Missy. Finally she feels that she has been able to reclaim all that she had lost. Then the nightmare begins again.
One day a local Cape Cod paper runs an article about a famous California murder trial involving a mother accused of killing her two children. Along with the article is a photo of Nancy. On that same morning, Michael and Missy disappear. They had been playing in the yard, but when she looked for them, they were gone...all that remained was Missy's red mitten.

While Nancy becomes the prime suspect in the disappearance of her children, no one in the small Cape Cod town is aware of a stranger in their midst -- someone whose plans for revenge have been festering for seven long years.

The #1 New York Times bestselling author Mary Higgins Clark has written thirty-seven suspense novels, four collections of short stories, a historical novel, a memoir, and two children’s books. With her daughter Carol Higgins Clark, she has coauthored five more suspense novels, and also wrote The Cinderella Murder, All Dressed in White, The Sleeping Beauty Killer, and Every Breath You Take with bestselling author Alafair Burke. More than one hundred million copies of her books are in print in the United States alone. Her books are international bestsellers.
or
Not Currently Available for Direct Purchase
Copyright © 2020 American Booksellers Association