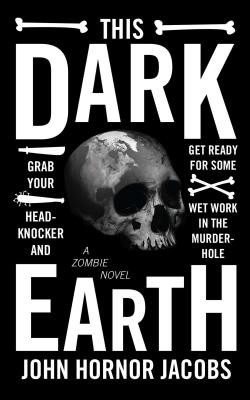 In a bleak, zombie-ridden future, a small settlement fights for survival and looks to a teenager to lead them…

The land is contaminated, electronics are defunct, the ravenous undead remain, and life has fallen into a nasty and brutish state of nature.

Welcome to Bridge City, in what was once Arkansas: part medieval fortress, part Western outpost, and the precarious last stand for civilization. A ten-year-old prodigy when the world ended, Gus is now a battle-hardened young man. He designed Bridge City to protect the living few from the shamblers eternally at the gates. Now he’s being groomed by his physician mother, Lucy, and the gentle giant Knock-Out to become the next leader of men. But an army of slavers is on its way, and the war they’ll wage for the city’s resources could mean the end of mankind as we know it.

Can Gus become humanity’s savior? And if so, will it mean becoming a dictator, a martyr . . . or maybe something far worse than even the zombies that plague the land?

John Hornor Jacobs has worked in advertising for the last fifteen years, played in bands, and pursued art in various forms. He is the cofounder of Needle: A Magazine of Noir and author of Southern Gods.
Loading...
or
Not Currently Available for Direct Purchase