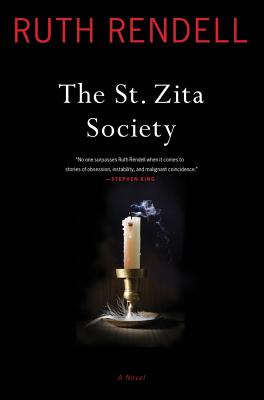 From three-time Edgar Award–winning mystery writer Ruth Rendell comes a captivating and expertly plotted tale of residents and servants on one block of a posh London street—and the deadly ways their lives intertwine.

Life for the residents and servants of Hexam Place appears placid and orderly on the outside: drivers take their employers to and from work, dogs are walked, flowers are planted in gardens, and Christmas candles lit uniformly in windows. But beneath this tranquil veneer, the upstairs-downstairs relationships are set to combust.

Henry, the handsome valet to Lord Studley, is sleeping with both the Lord’s wife and his university-age daughter. Montserrat, the Still family’s lazy au pair, assists Mrs. Still in keeping secret her illicit affair with a television actor—in exchange for pocket cash. June, the haughty housekeeper to a princess of dubious origin, tries to enlist her fellow house-helpers into a “society” to address complaints about their employers. Meanwhile, Dex, the disturbed gardener to several families on the block, thinks a voice on his cell phone is giving him godlike instructions—commands that could imperil the lives of all those in Hexam Place.

The St. Zita Society is Ruth Rendell at her brilliant best—a deeply observed and suspenseful novel of murder in the quintessentially London world of servants and their masters.

Praise For The St. Zita Society: A Novel…

"The queen of the psychological thriller...an updated Downton Abbey with a higher body count." --John WIlliams, Mail on Sunday (UK)

"Rendell is brilliant...her sympathy for the human predicament comes across in every line of this novel."--Sophie Hannah, Sunday Express (UK)

"As always, Rendell excels at detailed misunderstandings, paranoia, subtle power-shifts and the laws of unintended consequences."--Laura Wilson, The Guardian (UK)

"One hell of a read...Rendell keeps us hanging on."--Jane Jakeman, Belfast Telegraph (UK)

"Leaves you longing for more."--Kirkus Reviews

“It's a pleasure to report that Ruth Rendell, at the age of 82 and after publishing more than 60 books, has given us yet another gem. A pleasure but not a surprise, since Rendell has for years, along with her friend P.D. James, been bringing new sophistication and psychological depth to the traditional English mystery.”--Washington Post

Ruth Rendell (1930–2015) won three Edgar Awards, the highest accolade from Mystery Writers of America, as well as four Gold Daggers and a Diamond Dagger for outstanding contribution to the genre from England’s prestigious Crime Writ­ers’ Association. Her remarkable career spanned a half century, with more than sixty books published. A member of the House of Lords, she was one of the great literary figures of our time.
Loading...
or
Not Currently Available for Direct Purchase