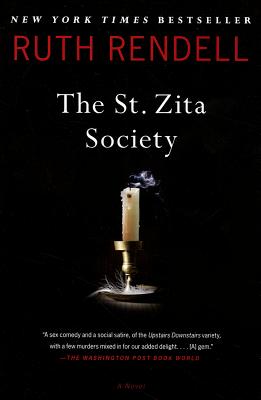 This captivating novel about residents and servants on one block of a posh London street is a “sex comedy and a social satire, of the ‘Upstairs Downstairs’ variety, with a few murders mixed in for our added delight” (The Washington Post Book World).

Life on Hexam Place appears orderly on the outside: drivers take their employers to and from work, dogs are walked, flowers are planted in gardens. But beneath this tranquil veneer, this quintessentially London world of servants and their masters is set to combust. Henry, the handsome valet to Lord Studley, is sleeping with both the Lord’s wife and his university-age daughter. Montserrat, the Still family’s lazy au pair, assists Mrs. Still in keeping secret her illicit affair with a television actor—in exchange for pocket cash. June, the haughty housekeeper to a princess of dubious origin, tries to enlist her fellow house-helpers into a “society” to address complaints about their employers. Meanwhile, Dex, the disturbed gardener to several families on the block, thinks a voice on his cell phone is giving him godlike instructions—commands that could imperil the lives of all those in Hexam Place.

Praise For The St. Zita Society: A Novel…

“If you're unfamiliar with Ruth Rendell, if you've somehow managed to miss her 60 or so books, if you've never experienced the frisson produced by her unique blend of elegant prose and brutal plotting or laughed out loud at her acidic humor or social observations, then congratulations: Your reading life is about to get infinitely richer… As with Patricia Highsmith, Rendell is a brilliant if detached observer of all levels of society… Like Charles Dickens, Rendell writes about contemporary London crime, but no one would call Dickens just a mystery writer. Rendell's work is too great, too thought-provoking and too important to be pigeonholed. The only mystery is why everyone doesn't know it.”
— Jonathan Shapiro

“The St. Zita Society takes up residence in a picturesque London street and ever so slowly and delicately eviscerates the pretentious upper-middle-class residents…as often happens in Rendell’s novels of psychological suspense, characters are undone by their own obsessions. But these meltdowns are executed with such stealth and subtlety that the psychic cracks aren’t visible – until suddenly they are.”—Marilyn Stasio, New York Times Book Review

“The prolific Rendell, the author of more than 60 works of fiction and a master of well-paced suspense and insight, has again written a novel that inspires grim smiles and great shocks.”—Jay Strafford, Richmond Times-Dispatch

“Upstairs, Downstairs in sordid hyper-drive…one of Britain’s leading crime writers turns her attention to orchestrating the tangled and secretive lives of masters and servants on a London street.”—Jimmy So, The Daily Beast

“Yet another gem…The St. Zita Society is both a sex comedy and a social satire, of the ‘Upstairs Downstairs’ variety, with a few murders mixed in for our added delight.”—Patrick Anderson, The Washington Post Book World

“A gripping portrayal of the London world of servants and their masters, all marching toward an inevitable—and violent—conclusion…The St. Zita Society, a brilliantly crafted novel of psychological suspense, further enforces [Rendell’s] rightful place as the queen of British mystery writing.”—Kerry McHugh, Shelf Awareness

“Rendell, an expert craftsman, has delivered the goods again.”—Muriel Dobbin, The Washington Times

“A modern, murderous take on the relationship between master and servant in modern England.”—Susannah Cahalan, The New York Post

“A trip down a road so twisted that only a guide as skillful as Rendell could navigate it without a false step.”—Elly Griffiths, Denver Post

“Rendell’s offbeat characters will stay with you long after you have closed the book.”—Salem Macknee, Charlotte Observer

“Hilariously funny throughout, with a chilling twist at the end that pays homage to Daphne du Maurier’s Don’t Look Now. Every character is sharply drawn and three-dimensional, every situation credible no matter how unlikely or coincidental.”—Robert Croan, Pittsburgh Post-Gazette

“This novel radiates tension…Rendell creates characters that seem to forsake the page of a Kindle or a Nook, and live beyond the borders of her novels.”—Stephen Anable, Publishers Weekly

“[A] masterwork…dark, intelligent and intriguing.”

“An updated Downton Abbey with a higher body count.”
or
Not Currently Available for Direct Purchase
Copyright © 2020 American Booksellers Association