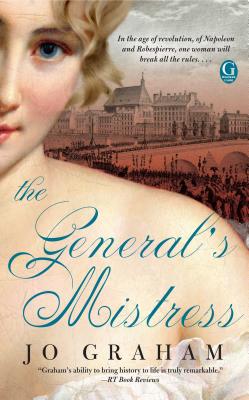 A Dutch woman flees her marriage to become a courtesan against the backdrop of the French Revolution in this steamy historical novel described as Girl with a Pearl Earring meets Dangerous Liaisons.

As a spirit of change overturns Europe’s old order, strong-willed Elzelina Versfelt enters her own age of revolution. Married as a romantic young girl to a man who wanted only her money, but neither loves nor desires her, Elza refuses to be chained any longer. Leaving Amsterdam, her marriage, and her home, she flees to France—where the old rules no longer apply, debauchery is not a sin . . . and nothing is forbidden.

Yet Elza finds herself bound in a new way, to the ambitious General Moreau. And while they share pleasure, pain, and carnal adventures, she dreams of another man, an unruly red-haired soldier she first saw in the promise of a Tarot card. Drawn by this half-real, half-imagined hero, Elza defies her relationship with Moreau, and begins a perilous search across war-torn Europe. . . . But will this woman with the instincts of a survivor, the passion of a courtesan, and the gift of second sight ever find the destiny for which she has risked it all?

This stunning novel blends history with the language of the heart to tell a sensual story of an era of upheaval . . . and of the clamoring, dangerous desires of a woman’s soul.