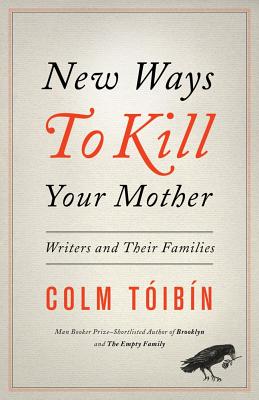 New Ways to Kill Your Mother

Writers and Their Families

In a brilliant, nuanced, and wholly original collection of essays, the bestselling and award-winning author of Brooklyn and The Empty Family offers a fascinating exploration of famous writers’ relationships to their families and their work.

In a brilliant, nuanced and wholly original collection of essays, the novelist and critic Colm Tóibín explores the relationships of writers to their families and their work.

From Jane Austen’s aunts to Tennessee Williams’s mentally ill sister, the impact of intimate family dynamics can be seen in many of literature’s greatest works. Tóibín, celebrated both for his award-winning fiction and his provocative book reviews and essays, and currently the Mellon Professor in the Humanities at Columbia, traces and interprets those intriguing, eccentric, often twisted family ties in New Ways to Kill Your Mother. Through the relationship between W. B. Yeats and his father, Thomas Mann and his children, and J. M. Synge and his mother, Tóibín examines a world of relations, richly comic or savage in its implications. In Roddy Doyle’s writing on his parents, Tóibín perceives an Ireland reinvented. From the dreams and nightmares of John Cheever’s journals, Tóibín illuminates this darkly comic misanthrope and his relationship to his wife and his children. “Educating an intellectual woman,” Cheever remarked, “is like letting a rattlesnake into the house.” Acutely perceptive and imbued with rare tenderness and wit, New Ways to Kill Your Mother is a fascinating look at writers’ most influential bonds and a secret key to understanding and enjoying their work.

Praise For New Ways to Kill Your Mother: Writers and Their Families…

“[Toibin possesses a] vast understanding of fiction and its uses, and a mind that processes novels and ideas like a rumbling supercomputer...Mr. Toibin is such an adept and morally serious close reader that his criticism becomes nearly as galvanizing as his fiction. There really aren’t, it turns out, any new ways to kill your mother, at least not artistically. But all the old ways, in Mr. Toibin’s telling, still work rather beautifully.”—Dwight Garner, New York Times

“Tóibín is an excellent guide through the dark terrain of unconscious desires.”—The Evening Standard

“A consistently revealing look at how writers’ relationships with their families have influenced their work…Delicacy is one of Tóibín’s great strengths as a novelist, and it’s here in abundance, too. Parallels are adroitly, teasingly drawn out, then knotted together with the lightest of touches. The result is a book that illuminates, startles and delights.”—The Telegraph

“Like all fine critics, Tóibín inspires readers to go back to the work, and he brings a human aspect to the works of seemingly deracinated authors like Beckett and Jorge Luis Borges…It’s a pleasure to watch Tóibín rove through 19th and 20th-century literary history.”—Kirkus Reviews

“Tóibín excels when discussing craft…[New Ways to Kill Your Mother is] chock-full of biographic detail that will interest ardent readers.”—Publishers Weekly

“[A] lively exploration of writers and their families…Fascinating.”—Melissa Maerz, Entertainment Weekly

Colm Tóibín is the author of nine novels, including The Blackwater Lightship; The Master, winner of the Los Angeles Times Book Prize; Brooklyn, winner of the Costa Book Award; The Testament of Mary; and Nora Webster, as well as two story collections, and Mad, Bad, Dangerous to Know, a look at three nineteenth-century Irish authors. He is the Irene and Sidney B. Silverman Professor of the Humanities at Columbia University. Three times shortlisted for the Man Booker Prize, Tóibín lives in Dublin and New York.
Loading...
or
Not Currently Available for Direct Purchase