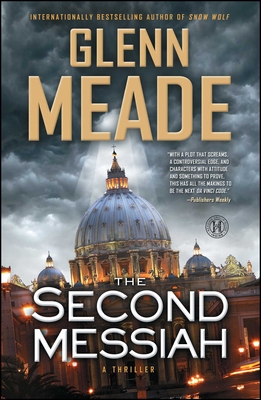 SOME SECRETS ARE NEVER MEANT TO BE REVEALED. FOR BEHIND THIS MYSTERY LIES A REVELATION THAT WILL MAKE YOU QUESTION EVERYTHING YOU BELIEVE IN. In the desert near Jerusalem, an archaeologist is murdered after he uncovers stunning evidence in a Dead Sea Scroll about the life and teachings of Jesus Christ. The two-thousand-year-old parchment containing enigmatic references to not one but two messiahs is stolen before it can be fully translated. In Rome, a charismatic American priest with long-hidden secrets is elected pope, setting off widespread panic among some of the faithful who question whether he is the Antichrist or the world's new savior. As the conspiracy over the scroll explodes into a political and religious standoff, two people find themselves on the run, trying to stay one step ahead of unknown assassins in their search for truth. Archaeologist Jack Cane and Israeli police inspector Lela Raul must solve the mystery of the Second Messiah and uncover the real secret behind the message of Jesus before they are permanently silenced and the scroll and its contents are forever lost to humanity. Compared to the likes of John le Carr and Tom Clancy, Glenn Meade offers a tantalizing blend of fact and fiction that takes you on a thrilling ride from the first page to the last.