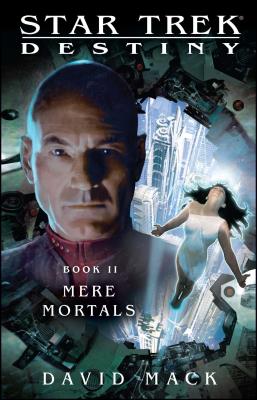 The second novel in an epic crossover trilogy uniting characters from every corner of the Star Trek universe, revealing the shocking origin and final fate of the Federation's most dangerous enemy—the Borg.

On Earth, Federation President Nanietta Bacco gathers allies and adversaries to form a desperate last line of defense against an impending Borg invasion. In deep space, Captain Jean-Luc Picard and Captain Ezri Dax join together to cut off the Collective’s route to the Alpha Quadrant.

Half a galaxy away, Captain William Riker and the crew of the Starship Titan have made contact with the reclusive Caeliar—survivors of a stellar cataclysm that, two hundred years ago, drove fissures through the structure of space and time, creating a loop of inevitability and consigning another captain and crew to a purgatory from which they could never escape.

Now the supremely advanced Caeliar will brook no further intrusion upon their isolation, or against the sanctity of their Great Work. For the small, finite lives of mere mortals carry little weight in the calculations of gods.

But even gods may come to understand that they underestimate humans at their peril.