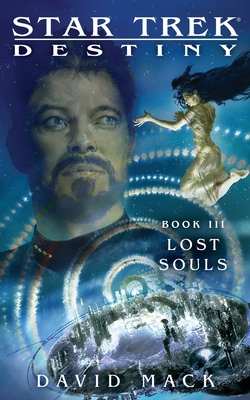 The third and final novel in an epic crossover trilogy uniting characters from every corner of the Star Trek universe, revealing the shocking origin and final fate of the Federation's most dangerous enemy—the Borg.

The soldiers of Armageddon are on the march, laying waste to worlds in their passage. An audacious plan could stop them forever, but it carries risks that one starship captain is unwilling to take. For Captain Jean-Luc Picard, defending the future has never been so important, or so personal—and the wrong choice will cost him everything for which he has struggled and suffered.

For Captain William Riker, that choice has already been made. Haunted by the memories of those he was forced to leave behind, he must jeopardize all that he has left in a desperate bid to save the Federation.

For Captain Ezri Dax, whose impetuous youth is balanced by the wisdom of many lifetimes, the choice is a simple one: there is no going back—only forward to whatever future awaits them.

But for those who, millennia ago, had no choice...this is the hour of their final, inescapable destiny.