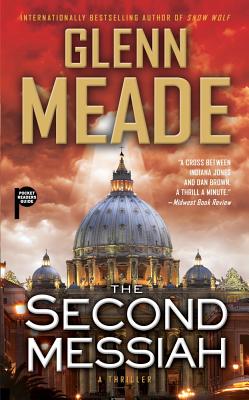 The riveting thriller from award-winning author Glenn Meade: “With a plot that screams, a controversial edge, and characters with attitude and something to prove, this has all the makings to be the next Da Vinci Code” (Publishers Weekly).

From the award-winning international bestseller whose “FAST, SLY, AND SLICK THRILLERS DELIVER THE GOODS . . . UNTIL THE SMOKE FINALLY CLEARS” (Booklist) comes a riveting blend of fact and fiction that solidifies GLENN MEADE’s place among the likes of Tom Clancy and John le Carré.

The desert near Jerusalem. A renowned professor is murdered and a two-thousand-year-old parchment is stolen before its stunning references to not one but two messiahs can be fully translated.

Rome. Widespread panic erupts among the faithful when a charismatic American priest with long-hidden secrets is elected pope. Is he the antichrist or the second coming?

A political and religious standoff explodes. Archaeologist Jack Cane and Israeli police inspector Lela Raul must stay one step ahead of a vengeful assassin before they are permanently silenced and the real truth behind the scroll and its controversial revelations is forever lost to humanity.