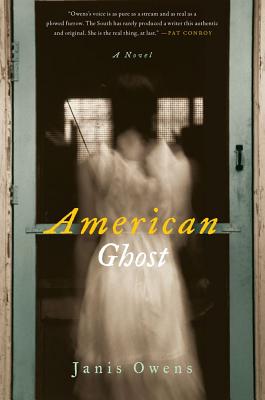 An engrossing novel inspired by a true event about unresolved family history and racial tensions that threaten a Florida community.

JOLIE HOYT IS A GOOD SOUTHERN GIRL living in Hendrix, a small Florida Panhandle town. The daughter of a Pentecostal preacher who sells insurance on the side, and the best friend of a lively beauty who moves to the big city to pursue a career in interior design, Jolie is all too aware of her family’s closet full of secrets and long-held distrust of outsiders. Nevertheless, she throws caution to the wind when she meets Sam Lense, a Jewish anthropology student from Miami, who is in town to study the ethnic makeup of the region.

Jolie and Sam fall recklessly in love and dream of beginning a life together, far away from Jolie’s buried past. But their affair ends abruptly when Sam is discovered to have pried too deeply into Hendrix’s dark racial history and he becomes the latest victim in a long tradition of small-town violence.

Twelve years later, when a black businessman from Memphis returns to Hendrix to do right by his father’s memory, Jolie and Sam are brought together again. They are forced to revisit the unresolved issues of their young love and finally shed light on the ugly history of Jolie’s hometown.

A complex and compulsively readable Southern saga, continuing in the tradition established by Marjorie Kinnan Rawlings and brought into the new millennium by writers like Karen Russell and Kathryn Stockett, American Ghost was inspired by Janis Owens’s extensive research on a real lynching that occurred in 1934 in Marianna, Florida.

American Ghost is a richly woven exploration of how the events of our past haunt our present.

Janis Owens is the author of three previous novels and a regional cookbook. The only daughter of a Pentecostal preacher turned insurance salesman, she inherited her love of storytelling from her parents. She lives in Newberry, Florida.

Praise For American Ghost: A Novel…

“Owens’s voice is as pure as a stream and as real as a plowed furrow. The South has rarely produced a writer this authentic and original. She is the real thing, at last.”

Owens’ voice [is] so authentic and her characters [are] so alive. Their motivations, reactions and dialogue feel so true, they could-almost be real.”
—Paste

“A skillfully written, well-researched book…Owens brings a dark period of history to light in a book about Southern Allegiances, racial tensions and shameful acts.”
—Kirkus

“An engrossing story...showcases Owens’ talent for characterization and her ability to make settings come to life.”
—Publishers Weekly

"The past haunts the present in this engaging... offering inspired by actual events."
--Booklist

“Owens weaves complex narrative strands together in a captivating story abundant with historical context and characterizations that reflect the foibles of human nature.”

"Owens brings the vibrancy of a small Southern community to bear on a gothic tale."

"Owens’ detailed and well-researched portrait of west Florida bloodlines benefits from her obvious affection for its cast of colorful characters, and her descriptions of small-town life are a joy to read."
or
Not Currently Available for Direct Purchase
Copyright © 2020 American Booksellers Association