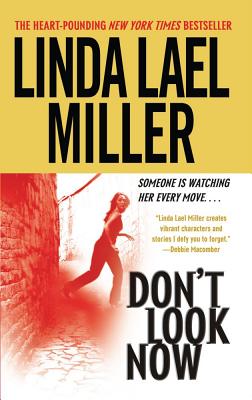 New York Times bestselling author Linda Lael Miller turns up the heat in this sizzling tale of suspense and re-kindled passions set against the blazing skies of Arizona's lush desert landscape -- where a killer is determined to exact his revenge.

When hard-working attorney Clare Westbrook learns that her ambulance-chasing boss has been murdered, she's shocked -- but not exactly surprised. Harvey Kredd was known for his less-than-ethical business dealings, and even his acts of generosity were tinged with greed; Clare, working at Kredd and Associates to pay off the law school loan Harvey had granted her several years before, knows she's got no choice: indentured servitude, twenty-first-century style.

But Harvey's death doesn't let Clare out of her contract with the firm; instead it brings her a new, odious multimillionaire client, and Tony Sonterra, homicide detective and local heartthrob, who's not above using a murder investigation to get back into Clare's life. Jump-starting her affair with Tony is the last thing Clare needs -- she's got enough on her plate raising her niece, Emma, without throwing a bull-headed cop into the mix.

Then Clare gets the news that may convince her Tony is exactly what she needs: Emma's father has been released from prison, and he's intent on seeing his daughter. Though she could never persuade the police to believe her, Clare is convinced that James Arren murdered her sister.

Clare is determined to find evidence that will put James Arren away for good, but Tony is just as determined to keep her safe, after another murder -- clearly meant to target Clare -- rocks the law firm. With no real leads, too many suspects, and a growing chain of menacing violence, Clare finds that teaming up with the devil she knows is her only option -- one that's just too attractive to resist.

The daughter of a town marshal, Linda Lael Miller is a #1 New York Times and USA TODAY bestselling author of more than one hundred historical and contemporary novels, most of which reflect her love of the West. Raised in Northport, Washington, Linda pursued her wanderlust, living in London and Arizona and traveling the world before returning to the state of her birth to settle down on a horse property outside Spokane. Published since 1983, Linda was awarded the prestigious Nora Roberts Lifetime Achievement Award in 2007 by the Romance Writers of America. She was recently inducted into the Wild West Heritage Foundation's Walk of Fame for her dedication to preserving the heritage of the Wild West. When not writing, Linda loves to focus her creativity on a wide variety of art projects. Visit her online at LindaLaelMiller.com and Facebook.com/OfficialLindaLaelMiller.