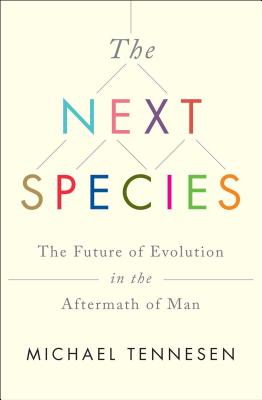 The Future of Evolution in the Aftermath of Man

“Simultaneously sobering and exhilarating, Michael Tennesen’s wide-ranging survey of disasters highlights both life’s fragility and its metamorphosing persistence” (Booklist) and describes what life on earth could look like after the next mass extinction.

A growing number of scientists agree we are headed toward a mass extinction, perhaps in as little as 300 years. Already there have been five mass extinctions in the last 600 million years, including the Cretaceous Extinction, during which an asteroid knocked out the dinosaurs. Though these events were initially destructive, they were also prime movers of evolutionary change in nature. And we can see some of the warning signs of another extinction event coming, as our oceans lose both fish and oxygen, and our lands lose both predators and prey. In The Next Species, Michael Tennesen questions what life might be like after it happens.

In thoughtful, provocative ways, Tennesen discusses the future of nature and whether humans will make it through the bottleneck of extinction. Could life suddenly get very big as it did before the arrival of humans? Could the conquest of Mars lead to another form of human? Could we upload our minds into a computer and live in a virtual reality? How would we recognize the next humans? Are they with us now?

Tennesen delves into the history of the planet and travels to rainforests, canyons, craters, and caves all over the world to explore the potential winners and losers of the next era of evolution. His predictions, based on reports and interviews with top scientists, have vital implications for life on earth today. The Next Species is “an engrossing history of life, the dismal changes wrought by man, and a forecast of life after the sixth mass extinction” (Kirkus Reviews).

Praise For The Next Species: The Future of Evolution in the Aftermath of Man…

“An engrossing history of life, the dismal changes wrought by man and a forecast of life after the sixth mass extinction.”
— Kirkus Reviews

“Tennesen is at his best when addressing the urgent environmental problems of today, particularly in his engaging discussion of water usage in New York City and Las Vegas.”
— PUBLISHERS WEEKLY

“Simultaneously sobering and exhilarating, this wide-ranging survey of disasters highlights both life’s fragility and its metamorphosing persistence.”
— Booklist (Starred Review)

“Looking for a scary book? Pick up a copy of Michael Tennesen’s “The Next Species: The Future of Evolution in the Aftermath of Man.” It doesn’t offer the bogeymen du jour [but] explores something far more terrifying: the end of the world as we know it. For real…The research that drives our understanding of mass extinctions is complicated and spread across several scientific fields, but Tennesen has done an excellent job of simplifying it for a general readership. (“The Next Species” would be excellent source material for a timely TV series in the style of Carl Sagan’s “Cosmos.”)”
— Richmond Times Dispatch

“[Tennesen] takes up nothing less than the task of telling the whole biography of life on Earth in just over 250 pages – and succeeds with a sunny aplomb that would be beyond the abilities of most actual professional scientists… as good-natured a hymnal as any stubbornly egotistical species could want.”
— Open Letters Monthly

“The best part about The Next Species is how much you will understand without having to be a scientist. Tennesen translates highly technical information into a fascinating, if a bit gloomy, account of our planet”
— DCist

Michael Tennesen is a science writer who has written more than 300 stories in such journals as Discover, Scientific American, New Scientist, National Wildlife, Audubon, Science, Smithsonian, and others. He was a Media Fellow at the Nicholas School of the Environment and Earth Sciences, Duke University, and a Writer in Residence at the Cary Institute of Ecosystem Studies in Millbrook, New York. He lives in the California desert near Joshua Tree National Park with Maggie, his wife.
Loading...
or support indie stores by buying on