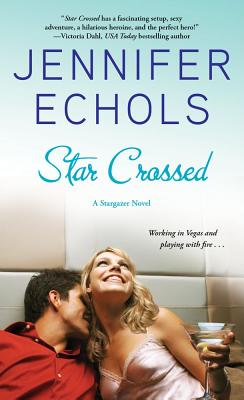 The first novel in a sizzling new series about a public relations firm, the stars they represent, and everything they’d rather keep private.

Publicist Wendy Mann has always competed hotly with her rival Daniel Blackstone, but this time they’re headed for a collision. Wendy’s job is on the line if she doesn’t save the image of a spoiled young starlet who’s posting provocative pictures of herself all over the Internet in a snarky attempt at revenge on her former boyfriend. Daniel is representing the ex, a onetime teen heartthrob who never grew up. With the feuding Hollywood pair scheduled to appear on the same Las Vegas awards show, Daniel and Wendy are determined to do whatever it takes to defend their own clients.

Unfortunately, the chemistry between Wendy and Daniel is even more explosive than that of their Hollywood stars. L-O-V-E was always a four-letter word for these two ultra-competitors; they never counted on the scorching heat that erupts between them. But Wendy’s high-gloss exterior hides a dark past—one that’s lurking behind the bright Vegas lights. Their careers are on the line, and so is Wendy’s life. . . .

"The narrative is strong, the conflict and chemistry between the two main characters is solid and snappy dialogue peppers the story.”
— RT Book Reviews

Jennifer Echols was born in Atlanta and grew up in a small town on a beautiful lake in Alabama—a setting that has inspired many of her books. Her nine romantic novels for young adults have been published in seven languages and have won the National Readers’ Choice Award, the Aspen Gold Readers’ Choice Award, the Write Touch Readers’ Award, the Beacon, and the Booksellers’ Best Award. Her novel Going Too Far was a finalist in the RITA and was nominated by the American Library Association as a Best Book for Young Adults. She lives in Birmingham with her husband and her son. Visit her at Jennifer-Echols.com.
Loading...
or
Not Currently Available for Direct Purchase