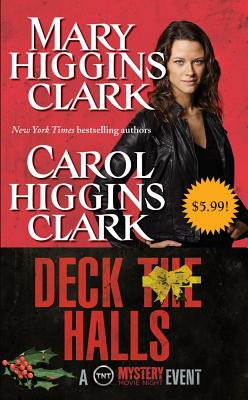 Mary Higgins Clark, the “Queen of Suspense,” and her daughter, bestselling author Carol Higgins Clark, joined forces for the first time to create an exciting and entertaining suspense novel—the story of a kidnapping played out against a holiday setting.

While Regan’s mother, Nora, the famous mystery writer, is in the hospital with a broken leg, her husband, Luke, and his chauffeur, Rosita, are kidnapped and held for a million-dollar ransom. Together, Regan and Alvirah track the case as the inept yet dangerous kidnappers make their demands known. Meanwhile, Luke and Rosita are held captive on a houseboat on the Hudson River and a fierce winter storm is gathering force.

DECK THE HALLS blends suspense with poignancy, laugh-out-loud humor, and all-around holiday cheer—a Christmas classic for many seasons to come.

Carol Higgins Clark is the author of the bestselling Regan Reilly mysteries. She is coauthor, along with her mother, Mary Higgins Clark, of a bestselling holiday suspense series. Also an actress, Carol Higgins Clark studied at the Beverly Hills Playhouse and has recorded several novels. She received AudioFile’s Earphones Award of Excellence for her reading of Jinxed. She lives in New York City.