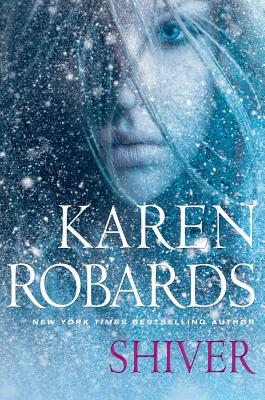 From “one of the most popular voices in women’s fiction” (Newsweek) comes a heart-pounding romantic suspense novel from New York Times bestselling author Karen Robards.

When she swore off love, he was the last man she imagined would steal her heart.

If driving a piece-of-crap tow truck through the seediest part of town with a Smith & Wesson beside her means putting a roof over her son’s head, then Samantha Jones is going to be the best damn repo woman on the books. The streetwalkers, the drug pushers, the bands of looking-for-trouble punks haunting the mean streets at midnight don’t intimidate her. These are her people. The guy she finds bound and bloodied in the trunk of her latest conquest, a flashy new BMW, is a different breed entirely.

Daniel Panterro was certain he was going to die. Instead, by a stroke of luck, he was beaten to within an inch of his life and left for dead. But if he’s having a bad day, Sam’s day is about to get way worse. Danny knows he hasn’t seen the last of the vicious drug runners who kidnapped him from protective custody. His only recourse is to take his pretty savior hostage and force her to help him. There’s no going back for Sam and her four-yearold son, Tyler. They’re in way too deep.

With ruthless killers stalking their trail, Sam’s only choice is to trust this handsome, menacing stranger. But as she relinquishes control, Sam feels an unmistakable desire. Could she be tempted by Danny, who seems intent on protecting her and Tyler from even his own darkest secrets? And what is the price of falling in love with a man who operates on the edge of danger—her heart, her life . . . or both?

Robards pours on the suspense while portraying a compelling couple who complement each other's strengths.
— Booklist

SHIVER is a fast-moving, uncomplicated and enjoyable read for fans of thegenre.
— BookReporter.com

Karen Robards is the New York Times, USA TODAY, and Publishers Weekly bestselling author of more than fifty books and one novella. Karen published her first novel at age twenty-four and has won multiple awards throughout her career, including six Silver Pens for favorite author. Karen was described by The Daily Mail as “one of the most reliable thriller...writers in the world.” She is the mother of three boys and lives in Louisville, Kentucky.
Loading...
or
Not Currently Available for Direct Purchase