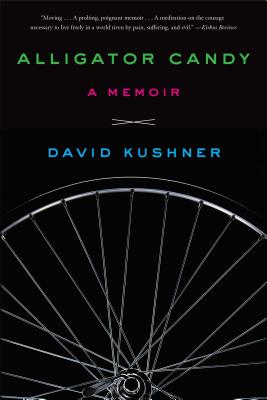 From award-winning journalist David Kushner, a reported memoir about family, survival, and the unwavering power of love—and the basis for the podcast Alligator Candy.

David Kushner grew up in the early 1970s in the Florida suburbs. It was when kids still ran free, riding bikes and disappearing into the nearby woods for hours at a time. One morning in 1973, however, everything changed. David’s older brother Jon biked through the forest to the convenience store for candy, and never returned.

Every life has a defining moment, a single act that charts the course we take and determines who we become. For Kushner, it was Jon’s disappearance—a tragedy that shocked his family and the community at large. Decades later, now a grown man with kids of his own, Kushner found himself unsatisfied with his own memories and decided to revisit the episode a different way: through the eyes of a reporter. His investigation brought him back to the places and people he once knew and slowly made him realize just how much his past had affected his present. After sifting through hundreds of documents and reports, conducting dozens of interviews, and poring over numerous firsthand accounts, he has produced a powerful and inspiring story of loss, perseverance, and memory. Alligator Candy is searing and unforgettable.

Praise For Alligator Candy: A Memoir…

“A raw story about courage, survival and most certainly about love.” —Tampa Bay Times

“Kushner's moving book is not only a memorial to a brother tragically deprived of his right to live; it is also a meditation on the courage necessary to live freely in a world riven by pain, suffering, and evil. A probing, poignant memoir abouttragedy, grief, and trying to cope.” —Kirkus Reviews

“Kushner’s riveting memoir, Alligator Candy, begins by asking how any parent or family can survive such unimaginable evil and devastating grief….Parents today can understand the love, hope and fear he so eloquently describes in this account of one family’s transcendent courage in the face of crushing pain.” —Bookpage, "Top Ten Book of the Month"

"A powerful exploration of loss, survival and the tricks of memory." —NPR, Best Books of 2016

A contributing editor of Rolling Stone, David Kushner also writes for publications including The New Yorker, Vanity Fair, Wired, The New York Times Magazine, New York, GQ, and Esquire. Kushner served as the digital culture commentator for National Public Radio’s Weekend Edition Sunday, and has taught journalism at Princeton University and New York University. He has been featured in The Best Business Writing, The Best American Crime Reporting, and The Best Travel Writing, and his ebook The Bones of Marianna: A Reform School, a Terrible Secret, and a Hundred-Year Fight for Justice. His books include The Players Ball; Alligator Candy: A Memoir (an NPR Best Book of the Year); Jacked: The Outlaw Story of Grand Theft Auto; Levittown: Two Families, One Tycoon, and the Fight for Civil Rights in America’s Legendary Suburb; Jonny Magic and the Card Shark Kids: How a Gang of Geeks Beat the Odds and Stormed Las Vegas; and Masters of Doom: How Two Guys Created an Empire and Transformed Pop Culture.
Loading...
or support indie stores by buying on