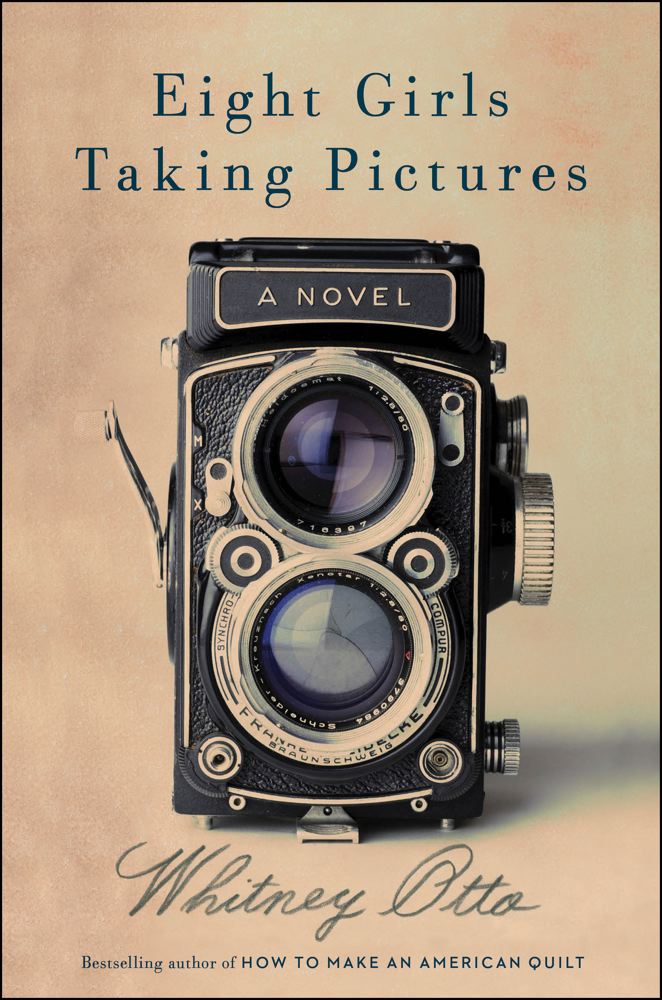 “Otto is masterful in telling the stories of eight women photographers -- their creative lives, their struggles balancing family and work, their politics (sexual and otherwise), and their place within the art community and the world events of the 20th century. All are skillfully presented and intricately woven together to create an unforgettable novel. Yes, it is fiction, but Otto has drawn from the real lives of gifted, renowned photographers, and the stories behind the images, whether real or imagined are compelling, inspiring and very entertaining. What a feast of a novel!”
— Cathy Langer, Tattered Cover Book Store, Denver, CO
View the List

From the bestselling author of How to Make an American Quilt comes a powerful and sweeping novel inspired by the lives of famous female photographers.

This captivating novel opens in 1917 as Cymbeline Kelley surveys the charred remains of her photography studio, destroyed in a fire started by a woman hired to help take care of the house while Cymbeline pursued her photography career. This tension— between wanting and needing to be two places at once; between domestic duty and ambition; between public and private life; between what’s seen and what’s hidden from view—echoes in the stories of the other seven women in the book. Among them: Amadora Allesbury, who creates a world of color and whimsy in an attempt to recapture the joy lost to WWI; Clara Argento, who finds her voice working alongside socialist revolutionaries in Mexico; Lenny Van Pelt, a gorgeous model who feels more comfortable photographing the deserted towns of the French countryside after WWII than she does at a couture fashion shoot; and Miri Marx, who has traveled the world taking pictures, but also loves her quiet life as a wife and mother in her New York apartment. Crisscrossing the world and a century, Eight Girls Taking Pictures is an affecting meditation on the conflicts women face and the choices they make. These memorable characters seek extraordinary lives through their work, yet they also find meaning and reward in the ordinary tasks of motherhood, marriage, and domesticity. Most of all, this novel is a vivid portrait of women in love—in love with men, other women, children, their careers, beauty, and freedom.

As she did in her bestselling novel How to Make an American Quilt, Whitney Otto offers a finely woven, textured inquiry into the intersecting lives of women. Eight Girls Taking Pictures is her most ambitious book: a bold, immersive, and unforgettable narrative that shows how the art, loves, and lives of the past influence our present.

"Thoughtful, nuanced depictions of the complexity of women's lives...Eight Girls is a moving read about the pleasures and pangs that define the lives of women today."
— USA Today

"A rich ensemble novel...full of glamour and grit."

" Otto’s photographers battle society’s denunciations and personal demons as they seek love, acceptance, success, and harmony. A visionary and distinctive look at the sacrifices and triumphs of daring women artists."

“Otto skillfully develops each character and draws the reader in with rich detail that must be the result of careful and extensive research. Highly recommended; those with an interest in photography, women’s history, or feminist literature should particularly enjoy.”

"Blending Otto's saturated yet accessible prose with her talent for stitching together stories of multiple characters with a steady, glittering needle, the novel pays homage to a number of 20th-century photographers whose lives inspired its eight interwoven tales. Otto's vivid narratives of these women's lives-often bohemian, occasionally luxurious, always richly intellectual and full of love-render them as complete, complicated mediums between their cameras and a world that treats them so ambivalently."

"The reader is captivated and transported on several levels with a book that rings with universal truths as it pays homage to eight very real ground-breaking photographers. You don’t have to be an art historian nor even like photography to love this deeply soul satisfying work. Each work is a gem to be savored and appreciated like a fine work of visual art."

What makes Eight Girls Taking Pictures so remarkable is its simultaneous sharp focus and wide-angle lens. Through the lives of eight women photographers, Whitney Otto allows readers to see their own immediate worlds and the alternative, otherwise inaccessible worlds of women artists. We share the inscape of these characters’ psychologies and the countries and times that frame and shape their work; their struggles to practice their art are both extraordinary and hauntingly familiar. Eight Girls Taking Pictures takes us through the twentieth century in a way that immeasurably enriches our lives and our futures.”
— Sena Jeter Naslund

“A lovely work of fiction…Otto mixes thepersonal histories of her subjects with their camera-eye view of the world tocreate an intriguing narrative. [She] has done what literary fiction can dobest — bring the reader into the hearts and minds of these fierce, radicalartists.”

“A tour de force. This exquisitely written novel-as-linked-stories is an impressive ode to feminism. Spanning several decades and various romantic settings…Otto’s novel highlights the challenges these women face as they attempt to balance career with family life. Like a master portraitist, Otto focuses on the details, describing studio settings as if she were staging a photograph herself.”

"A fascinating portrait of 20th century women exploring and establishing their artistic vision. Writing with vivid details and finely-tuned sensibility...Otto's ability to capture and corral [these women's] lives... is laudable for shedding light on this sisterhood of pioneering artists.”

Whitney Otto is the author of five novels, including the New York Times bestseller, How to Make an American Quilt. She lives in Portland, Oregon with her family.
Loading...
or
Not Currently Available for Direct Purchase