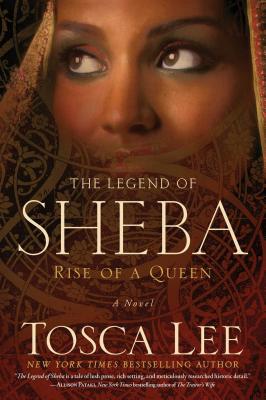 The Legend of Sheba (Hardcover)

There is the story you know: A foreign queen, journeying north with a caravan of riches to pay tribute to a king favored by the One God. The tale of a queen conquered by a king and god both before returning to her own land laden with gifts.

That is the tale you were meant to believe.

Which means most of it is a lie.

The truth is far more than even the storytellers could conjure. The riches more priceless. The secrets more corrosive. The love and betrayal more passionate and devastating.

Across the Red Sea, the pillars of the great oval temple once bore my name: Bilqis, Daughter of the Moon. Here, to the west, the porticoes knew another: Makeda, Woman of Fire. To the Israelites, I was queen of the spice lands, which they called Sheba.

"Another winner by Lee."

“A dramatic and unforgettable portrait of an intriguing woman. This exquisite novel will. . .appeal to fans of Anita Diamant’s The Red Tent.”

"The book promises 'An explosive retelling of the legendary king and queen and the nations that shaped history.' If anyone can deliver such a thing, it is award-winning, bestselling author Tosca Lee."
or
Not Currently Available for Direct Purchase
Copyright © 2020 American Booksellers Association