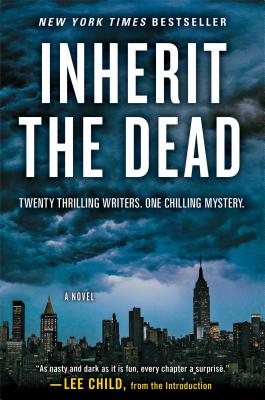 
More than twenty New York Times bestselling authors team up to create a first-rate serial novel—a collaboration among some of the most popular mystery and thriller writers in the English-speaking world today, producing a “well-told mystery that stands on its own two (or 40) feet” (Booklist).

Pericles “Perry” Christo is a PI with a past—a former cop, who lost his badge and his family when a corruption scandal left him broke and disgraced. When wealthy Upper East Side matron Julia Drusilla summons him one cold February night, he grabs what seems to be a straightforward (and lucrative) case.

The socialite is looking for her beautiful, aimless daughter, Angelina, who is about to become a very wealthy young woman. But as Christo digs deeper, he discovers there’s much more to the lovely “Angel” than meets the eye. Her father, her best friend, her boy­friends all have agendas of their own. Angel, he soon realizes, may be in grave danger…and if Christo gets too close, he just might get caught in the crossfire.

This classic noir tale twists and turns down New York’s mean streets and along Hamptons’ beaches and back roads during a bitterly cold and gray winter where nothing is as it seems and everyone has something to hide.

"Although it’s not a sequel to 2011’s No Rest for the Dead, this novel-by-committee is a very good followup. Twenty writers—among them such notables as Billingham, Box, Bruen, Connolly, and McDermid—combine forces … There are some stylistic variations between the 20 authors—John Connolly doesn’t sound like Charlaine Harris—but, for the most part, the story moves as though there were a single hand on the tiller. Not merely a genre curiosity, the book is a well-told mystery that stands on its own two (or 40) feet."
— Booklist

“Not a hiccup from one chapter to the next. It's a delightful book … But what else can you expect when these tried and true authors combine their skills?”
— BookLoons.com

“Inherit the Dead isn’t the first book written by a group of popular writers … but this novel-by-committee has to be one of the best. The novel grabs you in the first section and keeps building.… It isn’t often that you get to have so much fun while contributing to a wonderful charity.”
— Connecticut Post

“Each chapter is a gem, as though this were the only project that the writer had on his or her desk … well done!”
— Crimespree

The #1 New York Times bestselling author Mary Higgins Clark has written thirty-seven suspense novels, four collections of short stories, a historical novel, a memoir, and two children’s books. With her daughter Carol Higgins Clark, she has coauthored five more suspense novels, and also wrote The Cinderella Murder, All Dressed in White, The Sleeping Beauty Killer, and Every Breath You Take with bestselling author Alafair Burke. More than one hundred million copies of her books are in print in the United States alone. Her books are international bestsellers.
Loading...
or
Not Currently Available for Direct Purchase