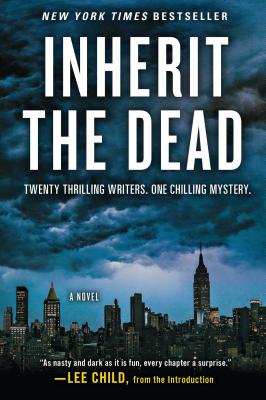 This New York Times and USA TODAY bestseller is a collaboration between twenty bestselling mystery novelists who have joined forces to create a spellbinding story of love, betrayal, and intrigue. “Readers can’t go wrong with this juicy thriller” raves Library Journal.

Pericles “Perry” Christo is a PI with a past—a former cop who lost his badge and his family when a corruption scandal left him broke and disgraced. So when wealthy Upper East Side matron Julia Drusilla summons him one cold February night, he grabs what seems to be a straightforward (and lucrative) case.

The socialite is looking for her beautiful, aimless daughter, Angelina, who is about to become a very wealthy young woman. But as Christo digs deeper, he discovers there’s much more to the lovely “Angel” than meets the eye. This classic noir tale twists and turns down New York’s mean streets and along the Hamptons beaches and back roads during a bitterly cold and gray winter where nothing is as it seems and everyone has something to hide.

In this inventive “serial novel” storytelling approach, each of the twenty bestselling writers brings his or her distinctive voice to a chapter of Inherit the Dead, building the tension to a shocking, explosive finale. The editor, Jonathan Santlofer, has arranged to donate any royalties in excess of editor and contributor compensation to Safe Horizon, the leading victim assistance agency in the country.

“Not a hiccup from one chapter to the next. It's a delightful book. … But what else can you expect when these tried and true authors combine their skills?”
— BookLoons.com

“Each chapter is a gem, as though this were the only project that the writer had on his or her desk … well done!”
— Crimespree