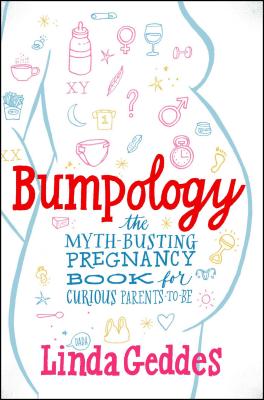 From award-winning science journalist Linda Geddes, a fascinating and practical companion for expectant parents that makes sense of conflicting advice about pregnancy, birth, and raising babies.

Can I eat peanuts during pregnancy?

Can men get pregnancy symptoms too?

How much do babies remember?

How can I get my baby to sleep through the night?

The moment she discovers she’s pregnant, every woman suddenly has a million ques­tions about the life that’s developing inside her. Linda Geddes was no different, except that as a journalist writing for New Scientist magazine she had access to the most up-to-date scientific research. What began as a personal quest to find the truth behind headlines and information that didn’t patronize or confuse is now a brilliant new book. In Bumpology, Geddes discusses the latest research on every topic that expectant parents encounter, from first pregnancy symptoms to pregnancy diet, the right birth plan, and a baby’s first year.

Linda Geddes is a London-based magazine journalist who writes about biology, medicine, and technology. She has worked as both a news editor and reporter for New Scientist magazine. She has received numerous awards for her journalism, including the Association of British Science Writers’ award for Best Investigative Journalism and the European School of Oncology’s Best Cancer Reporter. She was also shortlisted for the Paul Foot Award in 2011 and the Press and Periodicals Association’s Writer of the Year award in 2009, 2011 and 2012.
Loading...
or
Not Currently Available for Direct Purchase