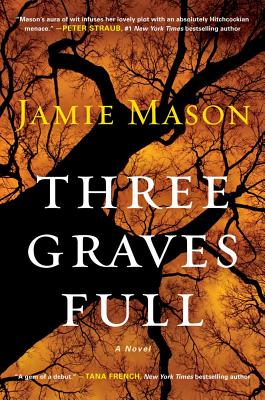 There is very little peace for a man with a body buried in his backyard. But it could always be worse...

"A grieving fiancé, a vindictive murderer and a police detective who won’t accept simple answers drive a tale of blunders, violence and, remarkably, something like justice."
— Portland Book Review

Jamie Mason was born in Oklahoma City and grew up in Washington, DC. She’s most often reading and writing, but in the life left over, she enjoys films, Formula 1 racing, football, traveling, and, conversely, staying at home. Jamie lives with her husband and two daughters in the mountains of western North Carolina. She is the author of Three Graves Full, Monday’s Lie, and The Hidden Things.
Loading...
or
Not Currently Available for Direct Purchase