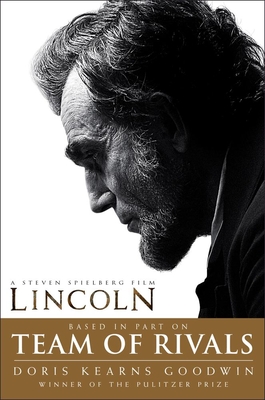 "An elegant, incisive study....Goodwin has brilliantly described how Lincoln forged a team that preserved a nation and freed America from the curse of slavery."

"Goodwin's narrative abilities...are on full display here, and she does an enthralling job of dramatizing...crucial moments in Lincoln's life....A portrait of Lincoln as a virtuosic politician and managerial genius."

"Splendid, beautifully written....Goodwin has brilliantly woven scores of contemporary accounts...into a fluid narrative....This is the most richly detailed account of the Civil War presidency to appear in many years."

Doris Kearns Goodwin’s interest in leadership began more than half a century ago as a professor at Harvard. Her experiences working for Lyndon B. Johnson in the White House and later assisting him on his memoirs led to her bestselling Lyndon Johnson and the American Dream. She followed up with the Pulitzer Prize–winning No Ordinary Time: Franklin & Eleanor Roosevelt: The Home Front in World War II. She earned the Lincoln Prize for the runaway bestseller Team of Rivals, the basis for Steven Spielberg’s Academy Award–winning film Lincoln, and the Carnegie Medal for The Bully Pulpit, the New York Times bestselling chronicle of the friendship between Theodore Roosevelt and William Howard Taft. She lives in Concord, Massachusetts. Visit her at DorisKearnsGoodwin.com or @DorisKGoodwin.
Loading...
or
Not Currently Available for Direct Purchase