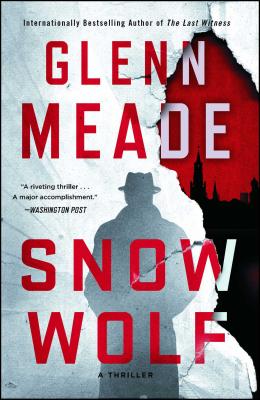 First published in 1997, Glenn Meade’s first internationally bestselling thriller is back and better than ever, as it takes you on a riveting ride into the heart of a Cold War plot to assassinate Joseph Stalin.

It’s 1953—the middle of the Cold War. Joseph Stalin is a major threat—with his deteriorating mental stability, reports that he’s about to resume his horrifying purges, and the Soviet Union on the cusp of developing nuclear weapons, it’s a risk the US government is unwilling to take. Operation Snow Wolf is created to eliminate Stalin before it’s too late.

CIA agent Jake Massey is chosen to run the operation and he recruits Alex Slanski—AKA Wolf—to do the deed, along with Anna, who recently escaped from a Soviet gulag, to be his guide.

But someone knows their plan, and the KGB have dispatched their own deadly Major Yuri Lukin to hunt down the hunters. As circumstances quickly unravel, Jake must somehow put an end to the mission he had set into motion—before the entire situation explodes into World War III.

Filled with breathtaking action and nail-biting thrills, this classic bestseller proves that despite being over, the Cold War can “still freeze readers’ attention and chill their blood” (Publishers Weekly).

Praise For Snow Wolf: A Thriller…

“In this big-boned thriller, Meade makes his contribution to the distinguished number of first thrillers premised on the attempted assassination of a world leader (e.g., Day of the Jackal; The Eagle Has Landed) by imagining a CIA hit man targeting Josef Stalin. . . . Meade writes with a silken pen, inking unusually sympathetic leads. Vivid cameos of historical figures, including Eisenhower, Truman, Beria and Stalin, lend credence to the story, which, according to the author, includes events of ‘documented history.’ The Cold War may be on ice, but through this literate, memorable story, Meade shows that it can still freeze readers' attention and chill their blood.”
— Publishers Weekly

“A tremendous sense of dramatic action and page-turning excitement culminating in a riveting, thought-provoking climax.”
— The Sunday Times

Could Joseph Stalin have been murdered by an international hit team led by an American CIA agent and acting on orders from President Eisenhower? Fifty pages into this large and chewy first thriller by an Irish journalist, just published in paperback, you'll probably be: (a) totally convinced, or (b) so entranced by the characters, the perfect period details, and beautifully-described action that it won't matter.
— Amazon.com

“A riveting thriller in the tradition of Day of the Jackal . . . what a white-knuckler it is. . . . The good old-fashioned swashbuckling suspense never lets up . . . A major accomplishment.”
— Washington Post

“Rich in period detail, crisply plotted and paced, SNOW WOLF runs well ahead of the pack.”