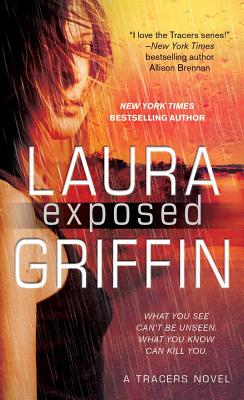 The seventh thrilling novel in the Tracers series from an author who “excels at detailing the mystery and the chase” (Publishers Weekly) features a forensic photographer and an FBI agent who form an uneasy partnership to find a vicious criminal.

Every picture tells a story. But not all of them have happy endings.

As a forensic photographer at the Delphi Center crime lab, Maddie Callahan is used to seeing violence up close, but she’s never before been the target of it. When a freelance photo shoot goes awry, she realizes she may have seen, and perhaps photographed, the kidnapping of a key witness in a federal probe. And although her camera was stolen, Maddie knows she has something that could be even more valuable to investigators.

FBI agent Brian Beckman has spent months investigating a vicious criminal known as the Doctor, only to have a key witness abducted on his watch. Worse, he’s falling for the woman who may be the Doctor’s next target. Maddie’s aloof facade hides a world of hurt that he wants to heal, no matter how much she keeps him at bay. But first he has to protect her from the danger that’s just out of focus, drawing close enough to shoot . . . and kill.

Laura Griffin is the New York Times bestselling author of the Tracers series, the Wolfe Sec series, the Alpha Crew series, and several other novels. A two-time RITA Award winner and the recipient of the Daphne du Maurier Award, Laura lives in Austin, where she is working on her next book. Visit her at LauraGriffin.com, and on Facebook at Facebook.com/LauraGriffinAuthor.
or
Not Currently Available for Direct Purchase
Copyright © 2020 American Booksellers Association