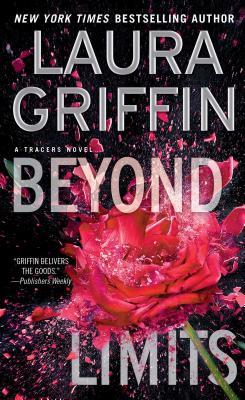 FBI agent Elizabeth LeBlanc is still caught in the aftermath of her last big case when she runs into the one man from her past who is sure to rock her equilibrium even more. Navy SEAL Derek Vaughn is back home from a harrowing rescue mission in which he found evidence of a secret terror cell on US soil. Elizabeth knows he’ll do anything to unravel the plot—including seducing her for information. And despite the risks involved, she’s tempted to let him. Together with the forensics experts at the Delphi Center, Derek and Elizabeth are closing in on the truth, but it may not be fast enough to avert a devastating attack…

Following in the bestselling tradition of the Tracers series, including Exposed, Scorched, and Twisted, Beyond Limits pulls out all the stops with Griffin’s most gripping thriller yet.

Praise For Beyond Limits (Tracers #8)…

"Will have you gripping the edge of your seat."
— Fresh Fiction