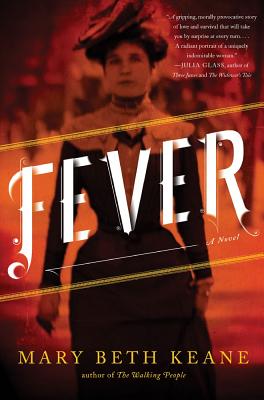 From the bestselling author of Ask Again, Yes, a novel about the woman known as “Typhoid Mary,” who becomes, “in Keane’s assured hands…a sympathetic, complex, and even inspiring character” (O, The Oprah Magazine).

Mary Beth Keane has written a spectacularly bold and intriguing novel about the woman known as “Typhoid Mary,” the first person in America identified as a healthy carrier of Typhoid Fever.

“I read [Fever] in a fever—the fever of emotional suspense that makes all the best books so essential…Mary Mallon is a show-stopping, strong-willed, heartbreaking heroine, and the New York in which she lived a hundred years ago comes stunningly alive as the backdrop for the story of her long and rich but star-crossed life.”
— Julia Glass

Mary Beth Keane attended Barnard College and the University of Virginia, where she received an MFA. She has been named one of the National Book Foundation’s “5 under 35,” and was awarded a Guggenheim fellowship for fiction writing. She currently lives in Pearl River, New York with her husband and their two sons. She is the author of The Walking People, Fever, and Ask Again, Yes.
Loading...
or
Not Currently Available for Direct Purchase