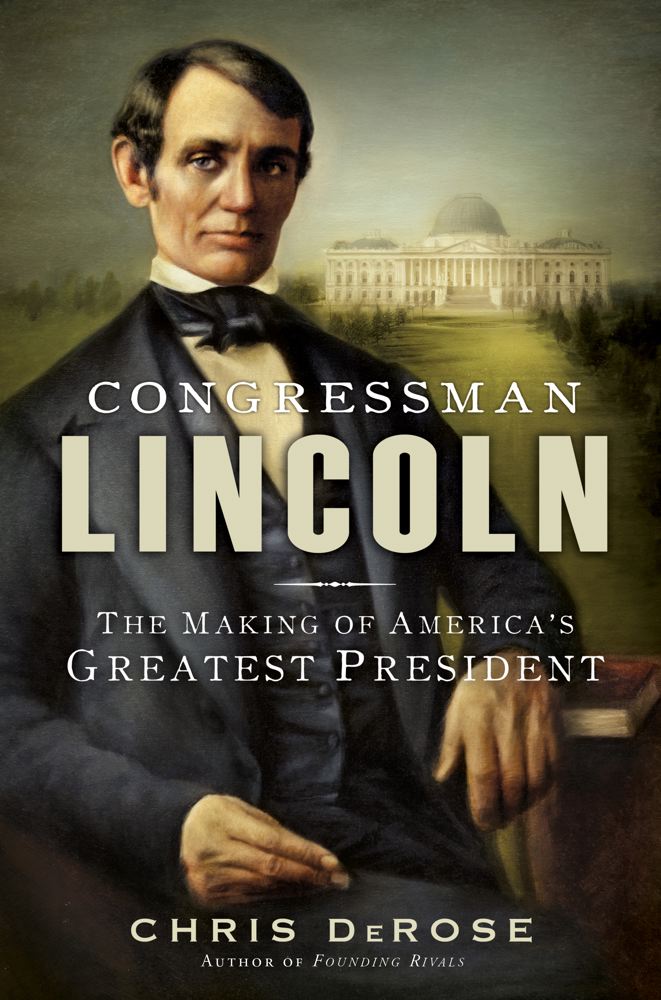 A biography of the early years and personal struggles of the famous frontier politician who led the United States during its darkest hours, centering on his little-known congressional years.

The “gifted young historian” (Richard Norton Smith) who gave us Founding Rivals, Chris DeRose delivers the first fully realized portrait of Abraham Lincoln’s ambitious and controversial early political career, and his surprising ascendancy that was both historic and far from inevitable.

In 1847, Abraham Lincoln arrived in Washington in near anonymity. After years of outmaneuvering political adversaries and leveraging friendships, he emerged the surprising victor of the Whig Party nomination, winning a seat in the House of Representatives. Yet following a divisive single term, he would return to Illinois a failed job applicant with a damaged reputation in his home state, and no path forward in politics. Defeated, unpopular, and out of office, Lincoln now seemed worse off politically than when his journey began.

But what actually transpired between 1847 and 1849 revealed a man married to his political, moral, and ethical ideals. These were the defining years of a future president and the prelude to his singular role as the center of a gathering political storm. With keen insight into a side of Lincoln never so thoroughly investigated or exhaustively researched, Chris DeRose explores this extraordinary, unpredictable, and oftentimes conflicted turning point in his career. This is Congressman Lincoln as:

• A leader for the first time, not just a vote, on questions of slavery

• A Whig party leader and presidential kingmaker, one of the first supporters of Zachary Taylor, a southern slave-owning general

• The first future president to argue before the Supreme Court and the only president to be awarded a patent.

Drawing from the unpublished “Papers of Abraham Lincoln,” including 20,000 pre-presidential articles and a wealth of correspondence, and the secret diaries and private correspondence of Lincoln’s colleagues—many cited here for the first time—DeRose shows us a master strategist, a politician torn between principle and viability, and a man saddled with a tormented private life. Most vitally, he greatly expands our understanding of America’s greatest president in a biography as surprising, ambitious, and transcendent as its subject.

“While embellishing his narrative with rich period details, DeRose also delivers ample description of Lincoln’s official duties of answering constituents’ letters and serving on a congressional committee, which fills out a vibrant impression of Lincoln’s activity as he circulated through Washington’s political whirls. Lincoln fans will be absorbed by DeRose’s able account.”
— Booklist Online

Chris DeRose is the author of Founding Rivals: Madison vs. Monroe, the Bill of Rights, and the Election that Saved a Nation, named by The Washington Post as one of the “Best Political Books of 2011.” DeRose is an attorney and political strategist who, for the past fifteen years, has served in every capacity on campaigns up and down the ballot across five different states. Chris currently leads the Congressional efforts of Sheriff Paul Babeu, and has recently served Director of Election Day Operations for Bob McDonnell and the Virginia Republicans in their 2009 historic landslide victory, and as campaign manager for Congressman Sean Duffy.
Loading...
or
Not Currently Available for Direct Purchase