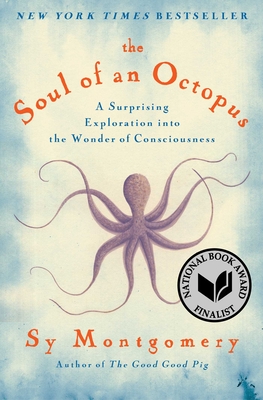 The Soul of an Octopus

Another New York Times bestseller from the author of The Good Good Pig, this “fascinating…touching…informative…entertaining” (The Daily Beast) book explores the emotional and physical world of the octopus—a surprisingly complex, intelligent, and spirited creature—and the remarkable connections it makes with humans.

Sy Montgomery is a naturalist, documentary scriptwriter, and author of thirty-one acclaimed books of nonfiction for adults and children, including The Hummingbirds’ Gift, the National Book Award finalist The Soul of an Octopus, and the memoir The Good Good Pig, which was a New York Times bestseller. The recipient of numerous honors, including lifetime achievement awards from the Humane Society and the New England Booksellers Association, she lives in New Hampshire with her husband, writer Howard Mansfield, and a border collie.