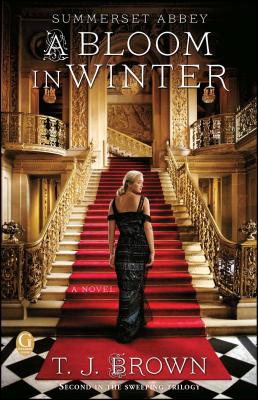 A Bloom in Winter

The highly anticipated second installment in the Summerset Abbey series “that will clearly appeal to fans of PBS’s Downton Abbey” (New York Journal of Books).

As the icy chill of winter, 1914, settles on the magnificent country estate of Summerset Abbey, three young women seek comfort and warmth in the smiles of friends, the fire in their hearts, and the promise of spring…

Raised like a sister to Victoria and Rowena, then banished to the servants’ quarters when their father passed away, Prudence has seen both sides of life, upstairs and down. But once the truth about her parentage was revealed, Prudence forged a new life for herself, married to a penniless veterinary student. Living in poverty in a shabby London flat, she wonders if she’s made a terrible mistake—and there’s no turning back…

Praise For Summerset Abbey: A Bloom in Winter…

“This amazing series continues with another brilliant installment….This is a series that will forever sit on my shelf and is definitely one that I could see myself reading over and over again!”
— Dwell in Possibility Book Blog

"A trilogy that you will want to mark for summer reads, especially if you are missing your weekly dose of Downton Abbey...There is definitely an upstairs and downstairs separation, and each pulls us in due to the world T.J. Brown has created."
— Poofbooks

T.J. Brown begins a sweeping trilogy set in Edwardian England with Summerset Abbey, her historical fiction debut. She lives in Portland, Oregon. Visit the author at TJBrownBooks.com.
Loading...
or support indie stores by buying on