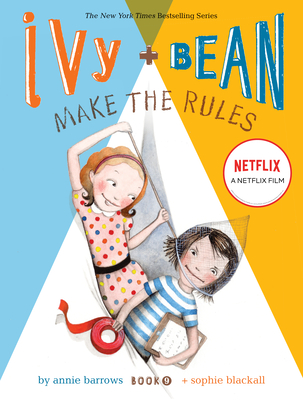 Bean's older sister, Nancy, is going to Girl Power 4-Ever Camp, where she will do Crafts and Music and First Aid and other secret things that Bean will never know about because girls have to be eleven to go to Girl Power 4-Ever Camp. Bean doesn't care. She doesn't want to go to camp. She wouldn't go even if they begged her. So ha. So ha ha. So—wait a second! Bean and Ivy can make their own camp, their own better camp: Camp Flaming Arrow, where counselors Ivy and Bean will give a whole new meaning to Crafts, Music, First Aid, and hands-on learning!

When she was a kid, Annie Barrows never once went to camp. She never took any classes. She never played a sport. She wasn't a Girl Scout. What a weirdo. She lives in Berkeley, California.

Sophie Blackall is an Australian illustrator whose work has appeared in many newspapers and magazines, including the New York Times. She lives in Brooklyn, New York.
Loading...
or support indie stores by buying on