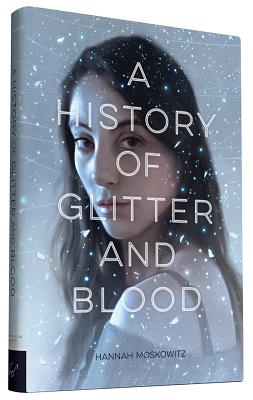 A History of Glitter and Blood

Sixteen-year-old Beckan and her friends are the only fairies brave enough to stay in Ferrum when war breaks out. Now there is tension between the immortal fairies, the subterranean gnomes, and the mysterious tightropers who arrived to liberate the fairies. But when Beckan's clan is forced to venture into the gnome underworld to survive, they find themselves tentatively forming unlikely friendships and making sacrifices they couldn't have imagined. As danger mounts, Beckan finds herself caught between her loyalty to her friends, her desire for peace, and a love she never expected. This stunning, lyrical fantasy is a powerful exploration of what makes a family, what justifies a war, and what it means to truly love.

Praise For A History of Glitter and Blood…

"The author's talent is evident as she ambitiously tackles complex themes of violence, sexual awakening, politics, and even infertility. A unique. reading experience."--School Library Journal

"Thick, sultry, lyrical language builds a strong sense of atmosphere. [in] this rich, off-kilter snarl of a story."--Booklist

"This novel of friendship, love, and fighting for one's beliefs should find a place among fans of the modern fairy story."--Kirkus Reviews

"A strange and satisfying mixture of Holly Black and Francesca Lia Block with its own version of a happy ending."-Bulletin of the Center for Children's Books, starred review

"One of the bravest, most well-crafted voices that I've read in a long, long time."--Bookshelves of Doom, a Kirkus Reviews Blog

"A very clever and inventive bit of storytelling. I've never seen such an extraordinary depiction of racism."-Clare Doornbos, bookseller, DIESEL, a bookstore

"Reminiscent of Holly Black and Laini Taylor, this gritty fantasy/war story is also an exploration of love in many forms . and creating a family of choice."-The Horn Book Magazine

Hannah Moskowitz's novels have received starred reviews, landed a spot on the ALA's Rainbow Book List, and received a Stonewall Honor. She currently lives in New York City.
Loading...
or
Not Currently Available for Direct Purchase