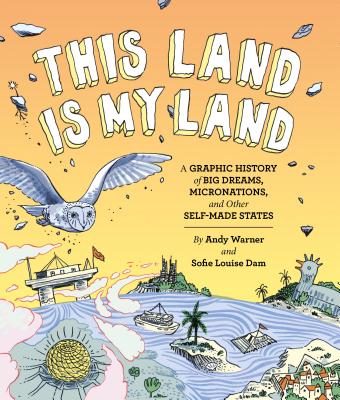 This Land is My Land

"Colorful fauvist drawings and maps from artist Dam (contributor, The Nib) bring these would-be 'better tomorrows' to life with grace and verve. . . . Warner's choices challenge readers in productive and entertaining ways, prompting questions such as: What are the commonalities among the 30? How would you design your own 'self-made state'? How might modern cohousing situations relate to these marginal efforts? . . . Less a complete chronicle and more a tantalizing Rorschach test for speculation and research, this thoughtful collection about visionary living makes fine fodder for adults and teens via book clubs, classrooms, and late-night debates among friends." — Martha Cornog, Library Journal Xpress

Sofie Louise Dam is a cartoonist and illustrator based in Viborg, Denmark.
Loading...
or
Not Currently Available for Direct Purchase