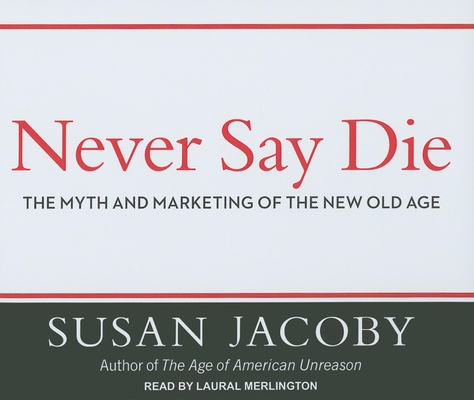 In a narrative that combines the intensely personal with social, economic, and historical analysis, Susan Jacoby turns an unsparing eye on the marketers of longevity--pharmaceutical companies, lifestyle gurus, and scientific businessmen who suggest that there will soon be a "cure" for the "disease" of aging. She separates wishful hype from realistic hope in a wide-ranging appraisal of subjects that include the explosion of Alzheimer's cases, the impact of possible cuts in Social Security on the economic future of aging boomers, and the fact that women make up most of the "oldest old." Finally, Jacoby raises the fundamental question of whether living longer is a desirable thing unless it means living better, and she considers the profound moral and ethical concerns raised by increasing longevity. Never Say Die is a lucid, provocative, and powerful argument that Americans, no matter their age, are doing themselves no favor by buying into the myth that they can stay "forever young.