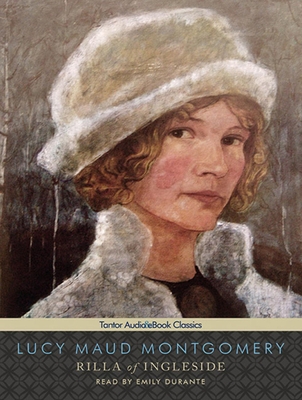 Anne's children were almost grown up, except for pretty, high-spirited Rilla. No one could resist her bright hazel eyes and dazzling smile. Rilla, almost fifteen, can't think any further ahead than going to her very first dance at the Four Winds lighthouse and getting her first kiss from handsome Kenneth Ford. But undreamed-of challenges await the irrepressible Rilla when the world of Ingleside becomes endangered by a far-off war. Her brothers go off to fight, and Rilla brings home an orphaned newborn in a soup tureen. She is swept into a drama that tests her courage and leaves her changed forever.

Lucy Maud Montgomery was one of the most famous Canadian writers of the twentieth century. She is best known for her books for young adults, particularly "Anne of Green Gables" and its six sequels.

Emily Durante has narrated the Midnight Twins trilogy by Jacquelyn Mitchard, "Casting Off" by Nicole R. Dickson, and "Smooth Talking Stranger" by Lisa Kleypus, and directed the Earphones Award-winning performance of "Heaven's Keep" narrated by Buck Schirner.
Loading...
or support indie stores by buying on