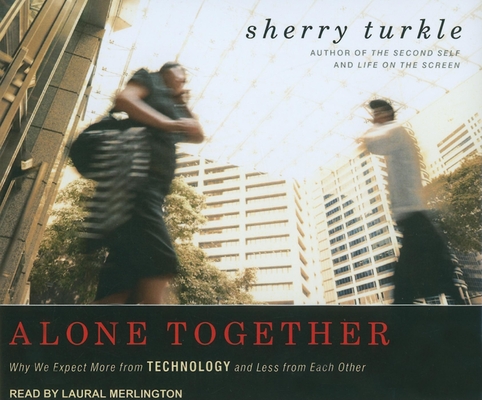 Consider Facebook-it's human contact, only easier to engage with and easier to avoid. Developing technology promises closeness. Sometimes it delivers, but much of our modern life leaves us less connected with people and more connected to simulations of them. In Alone Together, MIT technology and society professor Sherry Turkle explores the power of our new tools and toys to dramatically alter our social lives. It's a nuanced exploration of what we are looking for-and sacrificing-in a world of electronic companions and social networking tools, and an argument that, despite the hand-waving of today's self-described prophets of the future, it will be the next generation who will chart the path between isolation and connectivity.

"Turkle's prescient book makes a strong case that what was meant to be a way to facilitate communications has pushed people closer to their machines and further away from each other." ---Publishers Weekly Starred Review

Sherry Turkle is a professor of technology and society at the Massachusetts Institute of Technology and the author of several books, including "Alone Together" and "simulation and Its Discontents."