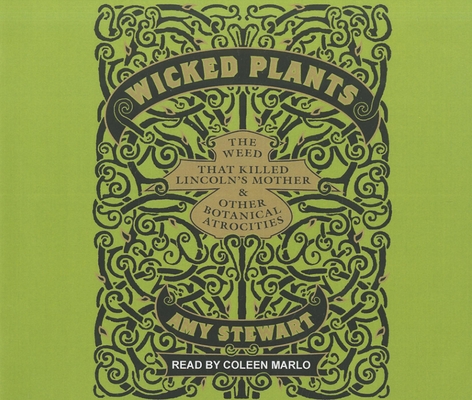 The Weed That Killed Lincoln's Mother & Other Botanical Atrocities

Beware The sordid lives of plants behaving badly. A tree that sheds poison daggers; a glistening red seed that stops the heart; a shrub that causes paralysis; a vine that strangles; and a leaf that triggered a war. Amy Stewart, bestselling author of Flower Confidential, takes on over two hundred of Mother Nature's most appalling creations in an A to Z of plants that kill, maim, intoxicate, and otherwise offend. Stewart renders a vivid portrait of evildoers that may be lurking in your own backyard. Drawing on history, medicine, science, and legend, this compendium of bloodcurdling botany will entertain, enlighten, and alarm even the most intrepid gardeners and nature lovers.

Praise For Wicked Plants: The Weed That Killed Lincoln's Mother & Other Botanical Atrocities…