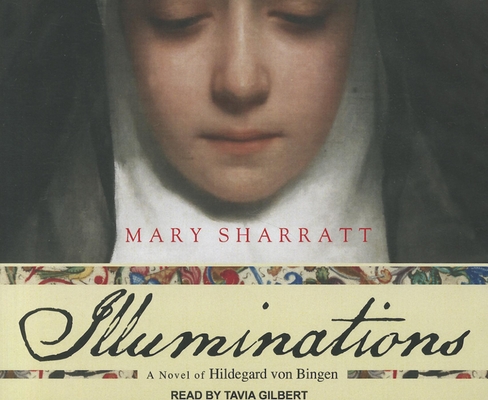 A Novel of Hildegard Von Bingen

Skillfully interweaving historical fact with psychological insight and vivid imagination, Sharratt's redemptive novel, Illuminations, brings to life one of the most extraordinary women of the Middle Ages: Hildegard von Bingen, Benedictine abbess, visionary, and polymath.Offered to the Church at the age of eight, Hildegard was entombed in a small room where she was expected to live out her days in silent submission as the handmaiden of a renowned but disturbed young nun, Jutta von Sponheim. Instead, Hildegard rejected Jutta's masochistic piety and found comfort and grace in studying books, growing herbs, and rejoicing in her own secret visions of the divine. When Jutta died some thirty years later, Hildegard broke out of her prison with the heavenly calling to speak and write about her visions and to liberate her sisters and herself from the soul-destroying anchorage. Riveting and utterly unforgettable, Illuminations is a deeply moving portrayal of a woman willing to risk everything for what she believed.

Mary Sharratt is the author of the critically acclaimed novels "Summit Avenue," "The Real Minerva," "The Vanishing Point," and "Daughters of the Witching Hill."

Tavia Gilbert, a multiple Audie Award nominee and "AudioFile" Earphones and Parent's Choice Award-winning producer, narrator, and writer, has appeared on stage and in film. She has narrated over two hundred multicast and solo voice audiobooks.

Praise For Illuminations: A Novel of Hildegard Von Bingen…