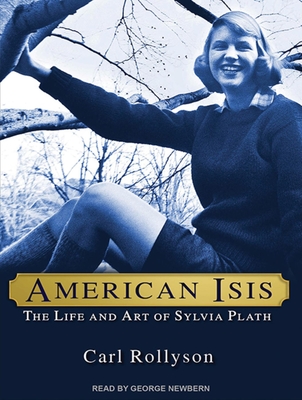 The life and work of Sylvia Plath has taken on the proportions of myth. Educated at Smith, she had an epically conflict-filled relationship with her mother, Aurelia. She then married the poet Ted Hughes and plunged into the Sturm und Drang of married life in the full glare of the world of English and American letters. Her poems were fought over, rejected, accepted and, ultimately, embraced by readers everywhere. Dead at thirty, she committed suicide by putting her head in an oven while her children slept. Her poetry collection titled Ariel became a modern classic. Her novel The Bell Jar has a fixed place on student reading lists. American Isis will be the first Plath bio benefiting from the new Ted Hughes archive at the British Library which includes forty-one letters between Plath and Hughes as well as a host of unpublished papers. The Sylvia Plath Carl Rollyson brings to us in American Isis is no shrinking violet overshadowed by Ted Hughes, she is a modern day Isis, a powerful force that embraced high and low culture to establish herself in the literary firmament.

Praise For American Isis: The Life and Art of Sylvia Plath…

"The figure that emerges from Rollyson's study is certainly compelling, and very much a woman of her moment and culture." ---Publishers Weekly

Actor George Newbern has appeared in "Father of the Bride," "Father of the Bride II," "Evening Star," "Adventures in Babysitting," and many other films. He has also played several roles on television, and is known for providing the voice of Superman in "Justice League."
Loading...
or support indie stores by buying on