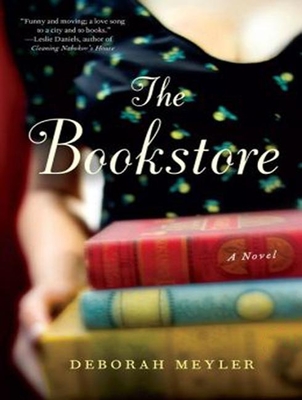 Brilliant, idealistic Esme Garland moves to Manhattan armed with a pres�tigious scholarship at Columbia University. When Mitchell van Leuven-a New Yorker with the bluest of blue New York blood-captures her heart with his stunning good looks and a penchant for all things erotic, life seems truly glorious . . . until a thin blue line signals a wrinkle in Esme's tidy plan. Before she has a chance to tell Mitchell about her pregnancy, he suddenly declares their sex life is as exciting as a cup of tea, and ends it all. Determined to master everything from Degas to diapers, Esme starts work at a small West Side bookstore, finding solace in George, the laconic owner addicted to spirulina, and Luke, the taciturn, guitar-playing night manager. The oddball customers are a welcome relief from Columbia's high-pressure halls, but the store is struggling to survive in this city where nothing seems to last. When Mitchell recants his criticism, his passion and promises are hard to resist. But if Esme gives him a second chance, will she, like her beloved book�store, lose more than she can handle? A sharply observed and evocative tale of learning to face reality without giv�ing up on your dreams, The Bookstore is sheer enchantment from start to finish.

Born in Manchester, Deborah Meyler studied English at Oxford University and completed a Master of Philosophy thesis on American fiction at St. Andrews University. She lives in Cambridge.

Heather Wilds has appeared in numerous plays on the London stage to great critical acclaim. She has also performed in award-winning films, appeared on TV and in commercials, and works as an audiobook narrator and voice actress.
or
Not Currently Available for Direct Purchase
Copyright © 2020 American Booksellers Association